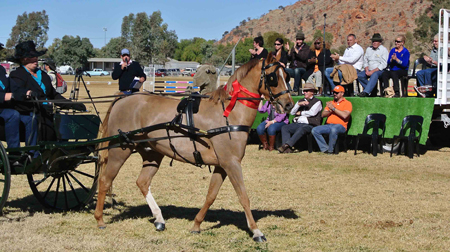 Chief Minister Adam Giles, who receives an annual salary of $288,564.80, is evading questions about how much he has been paid by his government in travel allowances in the past 12 months.

The issue has been raised in Parliament recently by MLA for Namatjira, Alison Anderson.

A government spokesman said the amounts that can be claimed vary “from $316 a night to $492 a night depending on location and nature of accommodation”.

But the spokesman declined to reveal the amount Mr Giles has received in the past 12 months, saying that this “would require an extensive period of time to collate. However you are welcome to seek this information by lodging a Freedom of Information application.”

The FOI process is time consuming and can be expensive.

We put to a ministerial advisor of Mr Giles in Alice Springs that it would be a simple matter for Mr Giles to check his bank statement and provide a precise response in a few minutes. The advisor said he would see what he could do.

The NT News reports that it has been told by the Member for Braitling that he lives 13 to 14 days a month away from his home, which is supposedly Alice Springs.

At that rate, and using an average of the daily amounts provided by the spokesman, Mr Giles received $74,000 TA in the past 12 months.

The question is, does Mr Giles live not in Alice Springs, but in Darwin? His partner certainly does. She is former ABC journalist Phoebe Stewart, 26 weeks  pregnant, who is quoted by the News as saying: “I’ve lived in Darwin for more than eight years and I call it home. Having a baby here will make it even more so.”

The NT Government spokesman says: “If the Member or Office holder travels within Australia and the Government does not pay all of his or her accommodation, meal costs and incidental expenses, the Member is entitled to either a travel expense reimbursement or a travel allowance.

“The role of the Chief Minister requires regular travel throughout the Territory, interstate and overseas often at very short notice.

“For example, at the invitation of the Prime Minister, last Sunday the Chief Minister traveled to Singapore for a day of meetings with potential investors and government officials about opportunities in the Northern Territory.

“The Chief Minister balances these duties with his role as the Member for Braitling, and spends as much time as is practical in Alice Springs,” says the spokesman.