Beds wanted. Lots of them. 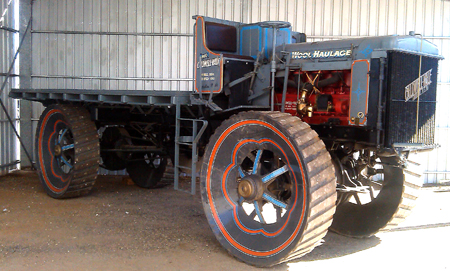 10,000 people and 1200 trucks will be coming to Alice Springs in late August and there are nowhere near enough tourist beds in town.

For any lesser woman this would invariably trigger a nervous breakdown or worse. Not for Liz Martin.

The boss of the National Road Transport Hall of Fame has handled similar monster gatherings before – well, not quite as big.

“There will be a lot of people sleeping in swags on the back of trucks,” she says.

That’s unless the town opens its heart and homes to the visitors for the 25th anniversary of the Road Transport Historic Society, and the 20th of the Hall.

Do you have a guest room? Could you handle a caravan parked in your back yard? These are questions Ms Martin asks a lot these days.

“Tamworth can do it for the music festival. We can do it, too,” she says. 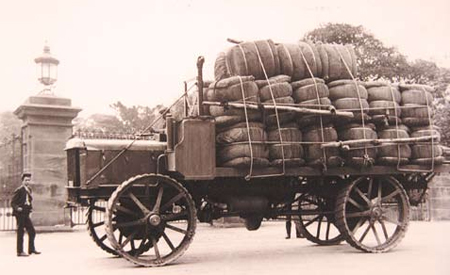 At the back of the hall 1000 trucks have parked and camped at previous reunions, spilling into the Crown Land (with permission from the Crown, well, the government anyway) right up to the railway line.

This year a likely 200 more will need to be squeezed in.

Such is the popularity of the event that apart from the thousands of booked visitors, 3000 to 4000 usually rock up unannounced.

The program will follow the proven routine: BBQ on Thursday (August 27), Cummins Cup at the Turf Club on Friday, the big dinner on Saturday when some 200 truckies – including some who have passed away – will be inducted into the hall of fame.

And Sunday will be the crowd-pleasing parade and open day.

The amazing display of road transport machines, old and new, has just had added to it what’s probably the most desired exhibit in the country: The first truck built in Australia, the Caldwell Vale vintage 1910 (pictured). 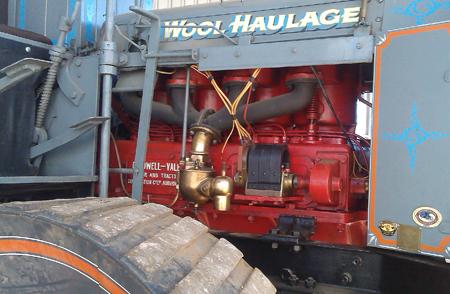 According to Wikipedia, the Caldwell Vale Truck & Bus Co. was an Australian automobile, bus, truck and tractor manufacturer from 1907 to 1913 in the Sydney suburb of Auburn.

The entire vehicle, including engine, was built by the firm, and the truck now in Alice Springs was used for carting bales of wool between the Longreach district and Rockhampton.

The fuel efficiency left a bit to be desired – one mile per gallon, at a top speed if six miles per hour.