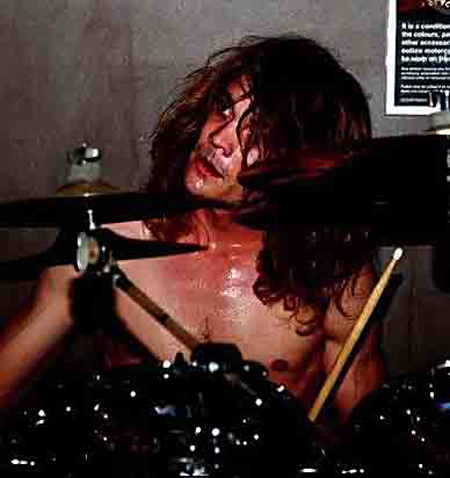 On Saturday, for the third year running, Blacken the Globe will strike again but with a different ethos.

This year the festival has been dubbed “Rock for Rowley” and is an all-out heartfelt musical dedication to the town’s late hero Rowley Hill.

Rowley was a well-known and well-loved local musician, skateboarder, and one of the founding pillars in The Black Wreath collective who are responsible for the festival and many other local gigs.

This year the music has diversified (beyond metal) in honour of Rowley’s broader reach throughout the community. It features an eclectic mix of Central Australian acts and the hard hitting headlining death metal giants Psycroptic (Tasmania).

Rowley’s own band Uncreation will play their last ever show with special guests Malcolm MacDonald (Miazma), Tully Lowson (The Horror) and Dave Haley (Psycroptic) playing drums for him.

The Black Wreath hopes to see you all at the year’s biggest bash, but for those who can’t make it the festival will be screened live around the blackened globe at blackenfestival.com.

All proceeds go to Rowley’s family to help relieve some of the financial burden associated with their loss.

The festival starts from 2:00pm on April 4 at the RSL Club on Schwarz Crescent.

This is a licensed event and all under 18s must be accompanied by an adult guardian. Tickets are $30 and are available at: Stay True Tattoo 5/91 Todd Street, Café Gonzo 10/76, Todd Street Online at blackenfestival.com or for $35 on the door.