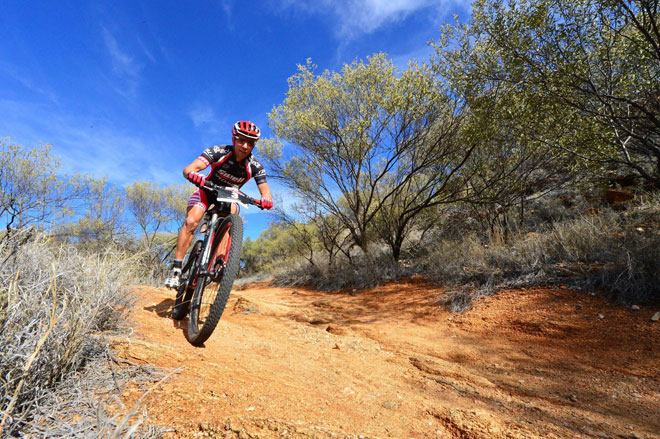 He fell in love with mountain biking after years at the top in velodrome racing, and the sport could hardly have a more enthusiastic ambassador.

He told the Town Council last night that Alice has in place all that it takes to be a world-class mountain biking destination, it just needs a little more promotion, including by word of mouth.

Already the local rough-riding event at Easter has doubled its interstate entries from last year – from 48 to 109 riders. With them will come friends and family – an expected 350 visitors, who are estimated to spend $250-$300 a day per head during their stay of at least three days – that’s conservatively a quarter of a million dollars.

A good part of that will go to the town’s cafes and restaurants, he says. Mountain bikers love to eat and drink – not alcohol so much as coffee.

The existing network of trails around the town is “brilliant”! There’s the multi-purpose 17km trail managed by Parks, running north from the Telegraph Station, but there’s also the informal network through the hills around the town in every direction, in a clover-leaf pattern.

Being able to access four different networks from paved cycle paths, all in the one day, makes it unique in the world mountain biking scene. And it has all happened “completely by accident – amazing!”

The Alice Easter event, dubbed the “Bunny Buster”, has been recognised by the national Body, Mountain Bike Australia, to become round two of its Australian marathon series. This will bring 10 or so elite riders to town, but just as important are the local “weekend warriors”, says Mr Pyper. The event will cater to every one of them, with 37 different categories to enter.

He says he and his club, the Central Australian Rough Riders, see the event as an opportunity to promote the town as much as their sport. A survey of last year’s participants showed that the event has been sold not so much for the wonderful trails but for the friendliness of the locals.

The club has spent just $5000 on promoting this year’s event through mountain biking publications and online sites. Imagine what could be done if it was really promoted, he says, for instance through an airline strategy comparable to Rotorua’s – “Take your bike on a holiday – the bike travels for free”. 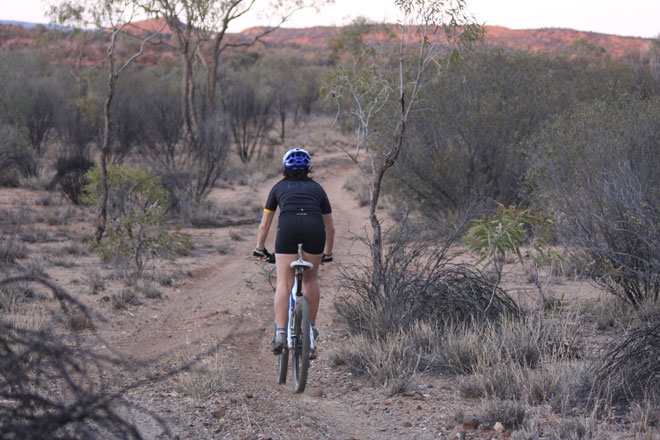 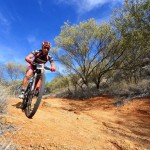