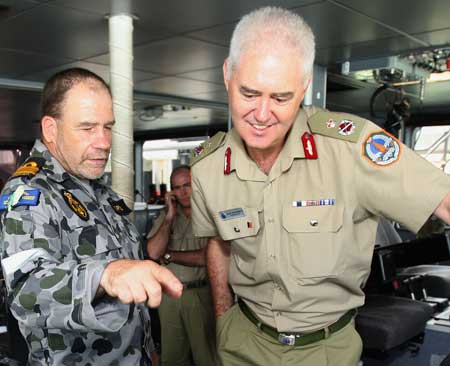 Mr Chandler says: “The resignation follows allegations the Commissioner involved himself in a criminal investigation where his relationship with the subject of that investigation gave rise to a conflict of interest.

“The Government has acted swiftly and decisively when it became aware of the matter.

“The integrity of the Commissioner of Police must be beyond reproach.

“The Government has considered the available facts in this matter and believes that resignation is necessary to maintain public confidence on NT Police.

“The Commissioner’s conduct is now the subject of a formal investigation.”

The Northern Territory Police Association Acting President, Col Goodsell, said that the sudden resignation of Mr McRoberts has come as a surprise to the Association.

“In the absence of any further details surrounding the circumstances, we are unable to make any further comment regarding the Commissioner’s resignation.

“We hope that the Government moves quickly to fill both positions with the best qualified candidates.”