Full steam ahead on gas while tourism languishes 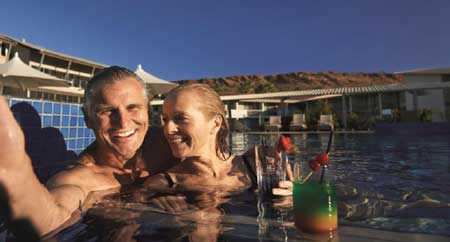 On present indications the financial debt Adam Giles is inflicting upon Territorians will outlast his Chief Ministership by many years.

What’s even more distressing is that this debt is a gamble, rather than a well considered investment. And it benefits few, mostly builders.

That would be a good thing if there were a demonstrated need for all this bricks and mortar.

At the same time the industry that is labour intensive, enormously prospective and using a wholly renewable resource – tourism – is in the hands of a bloated ($53m in 2014-15), chronically underachieving government instrumentality bereft of vision.

Mr Giles is showing no concern about that, and the Tourism Minister, Matt Conlan, remains in his job.

Meanwhile, the NT taxpayer will be spending $20m over the next 20 years for rent of a second courthouse which we don’t need because crime is going down, remember?

We’ll be guaranteeing, for the next 10 years, the rent on 45 apartments.

A similar deal is under discussion with the promoters of a new development on the site of the old Melanka.

We’ll be paying rent in the Alice Plaza for Tourism NT employees who could easily have been accommodated in the Greatorex Building, which we own, opposite the police station.

Instead we’re using that space for a second police station which we don’t need because crime is going down, remember?

We’re spending $15m on two police stations, at Yuendumu and Utopia, with no vision and plans in place, as far as we know, for positive economic and social development in either place.

Alice residential real estate values are in decline – if not in freefall. So why does Mr Giles encourage and fund the provision of more dwellings?

This is where the gamble comes in.

Maybe we’ll get a salt mine south of town. Mr Giles pretends it’s a certainty. The company in question doesn’t say that at all.

Maybe we’ll have a natural gas industry. Mr Giles thinks so and is making promises to the NSW Government.

Does anyone recall Mr Giles, as the candidate for Braitling, standing on a platform of flogging gas obtained by fracking, without majority consent, to another state for an undisclosed period, at an undisclosed price?

What we do remember is another CLP government, long before Mr Giles arrived in the NT, that flogged crude from the Mereenie oil field, just to the west of Alice Springs, to South Australia from where we then imported it as diesel for an extortionate price.

That oil, worth around 26c at the wellhead at the time, was so pure that it could be run in conventional engines, with removal of sand in a centrifuge the only refining required.

The CLP turned a blind eye to this, government after government. Labor did no better.

(When this reporter, after several refusals of an interview, put these issues to MLA for Stuart Roger Vale in a public place, Mr Vale – a former Magellan employee – assaulted him … on camera. The act made national TV headlines, further consolidating the cowboy image of NT politics.) 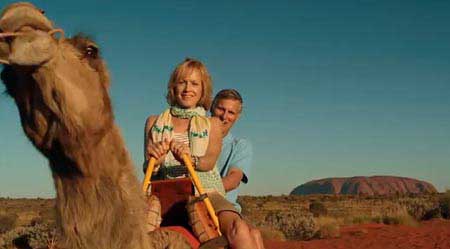 Talking about diesel: How come today it sells for around $1.50 in outback Queensland while in Central Australia it costs 30c to 50c more? Mr Giles was going to put a stop to high NT fuel prices, remember?

On October 14 we put 12 questions to Mr Giles about the $1.2b gas pipeline project, and to his Ministerial colleagues Chandler, Willem Westra van Holthe and Styles.

Amongst them were: How would the community of Central Australia benefit from that venture? What is the money value of these benefits?

We still have no answers.

Reality check: Except for fly-in, fly-out mine workers (if the mining and gas projects come to pass) there is not the slightest need for any new residential accommodation. So no mine workers, no Melanka, no railway station development.

That means any blow-in Greenie or Labor sympathiser who agitates against fracking and flogging our resources interstate, endangers the revitalisation of good old Alice through high-rise complexes.

Is that the game Mr Giles is playing?

A blow-in himself, he wants to ram though projects he doesn’t even bother informing himself about. Mr Giles was pushing the pipeline before the fracking report had even been delivered, let alone read by him.

Meanwhile what The Centre could be brilliant at is condemned to neglect.

We asked the government’s Tourism NT under what theme, what motto, Central Australia is currently being promoted, how are would-be visitors told about the magic and adventure of Central Australia.

Six were about the Top End and two about Uluru. The only one entitled Red Centre included footage of Tennant Creek and – again – Uluru. So Alice Springs and environs got about one 24th of the promotional material and that included one golfing and two pub scenes – something people can do anywhere in the world.

Mr Conlan turning his home town into a mere dot on the map is no coincidence: it’s clearly a strategy, met with a crescendo of silence from “watchdog” Tourism Central Australia. Mountain biking (the subject of a media release by him today) alone won’t get us to where we need to be.

The commercials can be seen here.