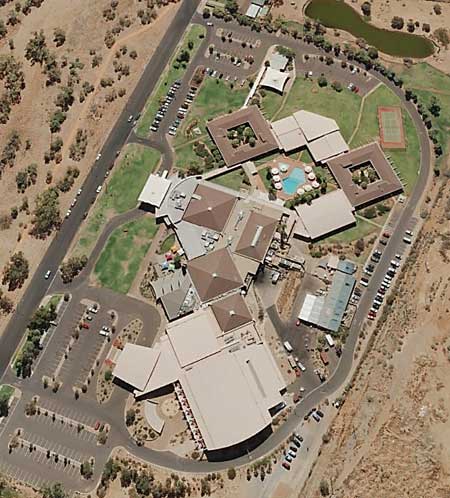 The NT Government is paying an “operating contribution” of $300,000 this financial year to Lasseters hotel, casino and convention centre (at right), owned by a company based in Malaysia.

“This funding is designed to increase the number of conventions attracted to Alice Springs, which has benefits for the tourism industry in Alice Springs and beyond and the wider economy,” says Tourism NT.

It would not disclose previous operating contributions it has paid, nor any formula for their size, nor whether these contributions would continue.

The Alice Springs News Online has sought information about numbers of conventions and attendees from Tourism Central Australia and the Convention Centre management.

Both were unresponsive despite a clear obligation to disclose to the public the results achieved by the funding it has provided.

Tourism Minister Matt Conlan, in a media release, said the “lucrative” business events sector is “worth an estimated $89 million to the NT economy each year,” but gave no details about the Alice Springs centre.

By contrast, NT Treasury, which was involved in funding the Convention Centre until 2007, provided comprehensive details: “Under the 2000 development agreement for the Alice Springs Convention Centre (ASCC), the Territory Government contributed $9.1 million to the construction and a further $0.7 million for pre-opening marketing.

“No further construction assistance was provided.

“The arrangements provided that Lasseters must operate the Centre for 20 years from 2002, after which it will be free to use the facilities as it sees fit.

“The contributions were structured to encourage Lasseter’s to increase the number of delegates to Alice Springs for conventions, with the objective of benefiting all Alice Springs tourism businesses.

“Lasseter’s would benefit most if it succeeded in maximising delegate numbers in the centre’s early years.

“The idea was to ensure that the ASCC became well established in Australia’s conventions market.

Lasseters – including the casino – and the Convention Centre make up a “single multi-purpose facility,” according to Fred Finch, a director of Ford Dynasty Pty Ltd, in whose ASIC company extract Lasseter Holdings Pty Ltd is listed as the Ultimate Holding Company.

He estimates the replacement value of the entire facility at $300m, including $40m spent recently for a health club and more rooms. 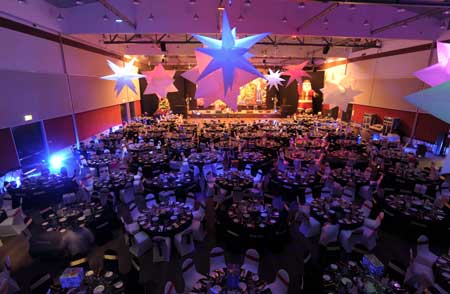 Mr Finch, a retired CLP front-bencher, is the only Australian director of Ford Dynasty Pty Ltd.

The addresses given in the ASIC company extract for all the five other directors are in Malaysia.

The extract describes Ford Dynasty as a “Large Proprietary Company That Is Not A Disclosing Entity”.

But Mr Finch says the Malaysian parent company is listed “on the Singapore Stock Exchange and is therefore … subject to their scrutiny”.

Mr Finch told the Alice Springs News Online, in response to our report earlier this month: “Your assumptions regarding forward trade are absurd, as is your estimated ‘capacity’ of the venue.”

The – sparse – details about forward trade had come from Lasseter’s publicity manager. Mr Finch did not expand on them.

As to the centre’s occupancy rate: we told Mr Finch that we defined 100% occupancy as all seats being occupied every day of the year. On the information provided by Lasseters that put the occupancy rate at less than 6%.

We asked him: “What is the industry standard for maximum occupancy – and please quote the source.”

Mr Finch did not respond to that question.