Dance till you drop 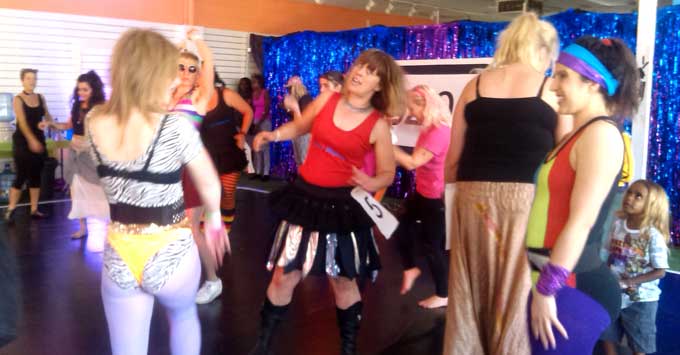 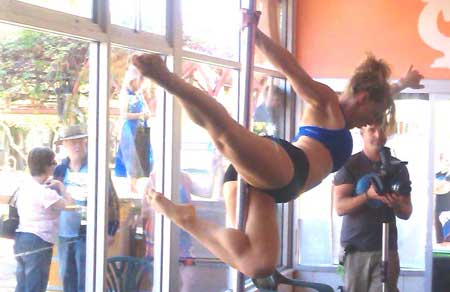 The countdown has begun. At hour four of twenty-four, the dance floor was packed and the energy high.

Two solo contestants  [CORRECTION: three, I missed Esther Nunn]  are in for the long haul: Jenelle Dunkin, raising money for the McGrath Foundation, and Petal, in it simply for the love of dance.

Dunkin is not only dancing but posting to Facebook from the floor and has already reached her target of $600.

Petal did 14 hours last year, when he took a break to make breakfast for everyone. This year, apart from competing solo, he is leading a team of male dancers, called ‘Mangenda’.

“Not enough men dance in Alice Springs,” he says.

Shannon Palmer – in the red singlet, photo at top – who won as a solo contestant last year, has entered as part of a team this year.

“You only do the whole thing once,” says organizer Franca Barraclough of the ‘live arts’ company, SO REAL.

The event is a “community builder”, she says, open to anyone, to have fun without alcohol, without drugs, through dance.

It’s in a shopfront on the southern mall, next to the former Town and Country pub. The floor is cleared of visitors every hour to give newcomers a chance to join in. It goes through the night to finish at 10am tomorrow morning with a closing ceremony and prize giving.