These are the last days of grace before Alice gets frantic with festivals.

Desert Mob has become something of a mini-festival with its core and satellite events. Hetti Perkins launches the exhibition this Thursday evening. On Friday at a day-long symposium artists 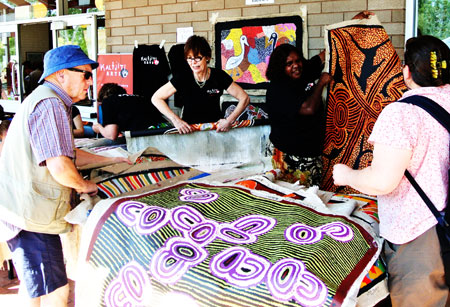 present and talk about their work. This year it includes presenters from Tjala Arts, Tjarlili Art, Martumili Artists and Ikuntji Artists, with special guest from NSW, the installation artist Jonathan Jones. The ever-popular marketplace (last year, left) follows on Saturday.

Around this program are the satellite shows: Talapi’s Desert Colour opened last Friday; Tangentyere Artists are exploring a whole new direction with Selfies this Friday (at their gallery in Fogarty Street, after the symposium); and on Saturday afternoon Raft will open its show of Ernabella ceramics combined with a solo by Carlene West (Spinifex Artists).


On Friday Watch This Space kicks off its mini-festival, the cleverly titled Free BBQ Cash Giveaway. How could you resist? It will feature “almost every genre of performance art”. 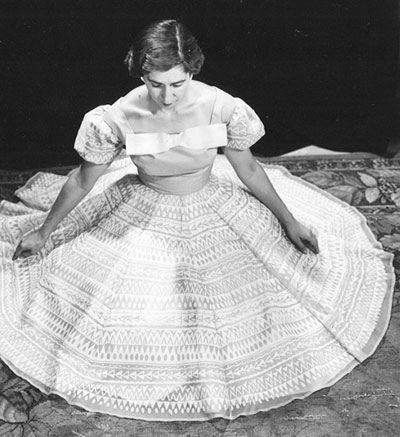 Sia Cox is first up with Cleopatra’s Dress, for which she has restored textile and fashion designs of her great grandmother, Cleopatra Katsoolis (right), a pioneering textile artist in mid-twentieth century Sydney. Cox will make a dress inspired by the designs and dance it into being at WTS (after Selfies).


On the same night The Desert Song Festival will have its ‘gala’ opening – a “glittering candle-lit event” – at the National Pioneer Women’s Hall of Fame. It will be followed the next evening by a concert of Desert Choirs at Araluen. Artistic director is Morris Stuart, the initiator of Asante Sana choir and everything that has grown from it.

On Sunday Desert Song will celebrate sacred music traditions from faith communities in Central Australia with a free concert on the Flynn Church lawns. A ‘chamber’ concert follows on Tuesday in the Stuart Town Gaol, featuring two guitars and a cello in the hands of Nic Hempel, Francis Diatschenko and Eminé.

The main program concludes with the 60 voices of Asante Sana signing at Ormiston Gorge, on Sunday afternoon, 14 September, but there is also an ‘open stage’ program running at Star of Alice on Palm Circuit, where solo artists, small ensembles, groups, buskers and aspiring stars will gather from Friday through to Sunday, then again the following weekend. 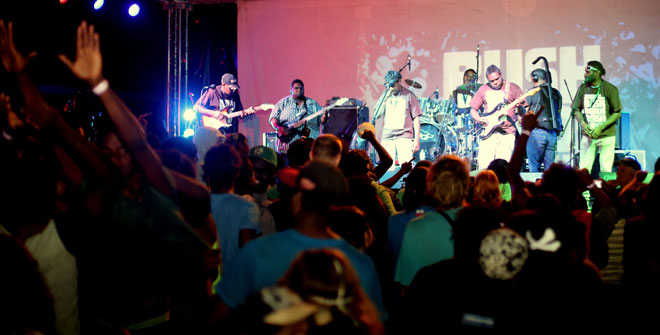 So, not even time for a breather before Alice Desert Festival launches with its street parade next Wednesday, September 10. The parade brings local schools, community groups and families joyfully into the centre of town. From there they can go on to the free opening night music event at the festival club (the Youth and Community Centre in Wills Terrace) or be introduced to “ a forgotten cinematic era” of Australian cinema, “unashamedly packed full of boobs, pubes, tubes and a little kung fu” (at the Alice Springs Cinemas). This is a program of “Aussieploitation” from the ‘70s and ‘80s, curated by Café Gonzo’s Cameron Buckley (previously of Pop Cinema fame). 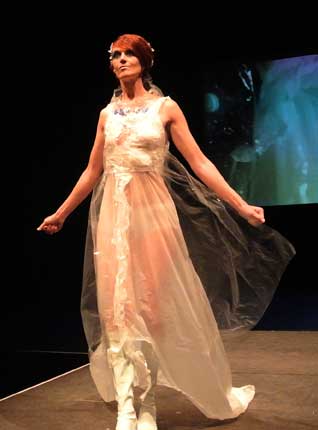 Among local artists featuring on the festival program are Katelnd Griffin (at left, in a Wearable Arts incarnation) in her first full-length hybrid work, The Package, at The Totem next Thursday. Griffin is a familiar from past festivals, performingin music, theatre, cabaret, burlesque, circus, physical theatre and puppetry.

Ninja Circus were a hit last year and are back again this year. Catch them on opening night at the Club or as part of the street theatre at the Night Markets on Thursday. They are an Indigenous youth circus troupe, boys and girls, aged 11 to 18 years.

The 24hr DANCE Marathon also returns (starting Saturday, 13 September at 10am) thanks to those cultural democrats, SO REAL, the Centre’s new ‘Live Arts’ company (below, at last year’s event, photo by Steven Pearce).

Events that interact with the outdoors usually draw a crowd. Out Hear in Alice Springs will take people on a participatory experience into Todd River where they’ll meet up with a series of performances led by artist/musician Dale Gorfinkel and performer Fina Po. It sets out from the Club at 2.30pm next Saturday and Sunday.

The river will also be the backdrop for the finale event, Cinema by The River. Shorts will include PAW Media’s animation, Bush mechanics, followed by the Australian feature, Red Dog. 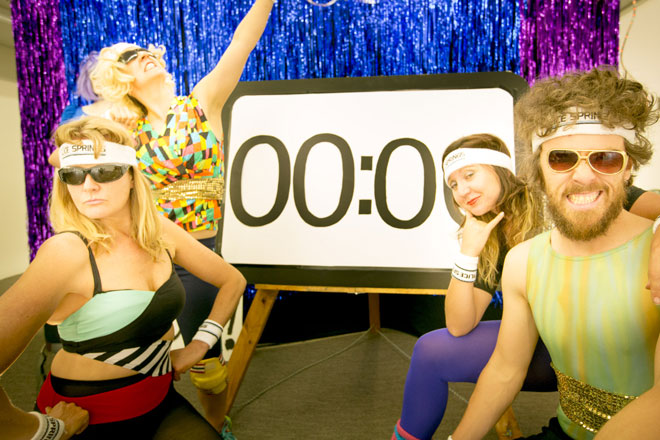 Facebook
Twitter
Pinterest
WhatsApp
Previous articleLowest number of August property crimes in four years
Next article'A departmental officer will facilitate discussions next week to determine if additional strategies can be implemented to improve participation levels' at the Golf Club's work for the dole scheme.