When adults turn into kids who make the town famous 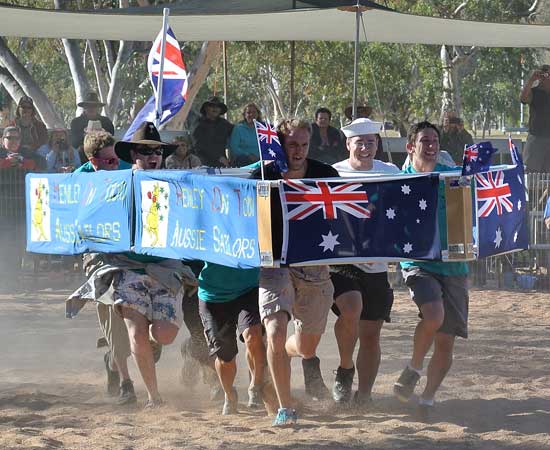 Once a year in Alice Springs dozens of grown-ups turn into kids again and have a ball: They transform into Vikings, pirates, captains, commodores, midshipmen, petty officers, sailors and dozens of other fantastic characters and they brawl, shout, douse each other, chuck flour bombs, fire cannons (blanks, of course) and make a huge racket pretending they are engaged in a sea battle – and all of that without a drop of surface water in sight.

The battleships plough through sand – OK, it’s creek sand – on three four-wheel-drive trucks whose multi-storey superstructures emulate a Viking boat, a gunboat and a sailing cutter.

Earlier in the day the creekbed is the scene for races of yachts, Oxford Tubs, kayaks, Rowing Fours and Eights, rescue surfboards (on rails).

For all the propulsion was supplied by legs sticking through the bottomless vessels, or shovels replacing oars and paddles.

In the process the people having a ball are keeping alive a spectacle, now in its 53rd year, that has done much to earn the town its international fame.

The regatta had to be canceled only once – because there was water in the river. 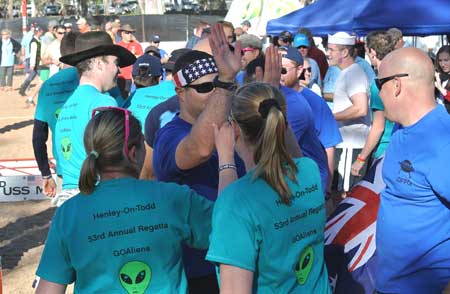 Of course it is the Henley on Todd.

This year 4500 people lined the river’s western bank – about half-half locals and tourists. The event raised $60,000 from gate takings and sponsorship and had $100,000 worth of in-kind support. All profits will go to Rotary charities – $1.5m so far over the event’s history.

But the numbers are just part of the story: The Henley – taking the Mickey out the stiff-upper-lip Henley on Thames on the other side of the world – is run by the town’s three Rotary clubs, some 90 members, supported by other service clubs and voluntary organisations, a total of some 200 people.

Along with the Finke 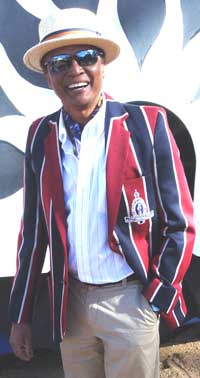 Desert Race and countless smaller initiatives, the HoT is a spectacular example of the town’s community spirit and can-do attitude.

A day of fun, will all hands on deck, is always preceded by a year of preparation, managed by a committee from the three Rotary Clubs (Alice Springs, Stuart and Mbantua) and drawing on thousands of hours of service work from their members, as well as a range of resources and skills from welding, carpentry, motor mechanics, publishing and accountancy.

However, the duties are performed in a spirit of mateship and fun.
(Declaration of interest: the writer is a member of the Rotary Club of Stuart.)

PHOTOS (from top): Flat out in the Eights • The Aussies on their way to beating Pine Gap in the Americas Cup • No hard feelings from the Yanks • Commodore Roger Ahwah • the sea battle in full fury  • Henley on Thames, British imitation of the Henley on Todd • Sea Battle – the video • part of the crowd. 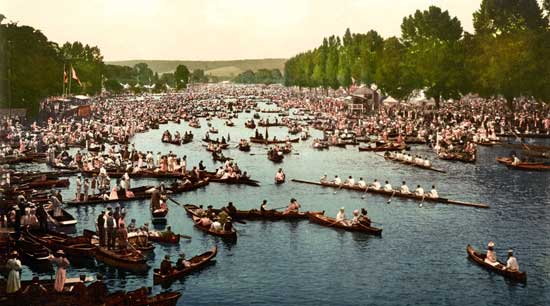 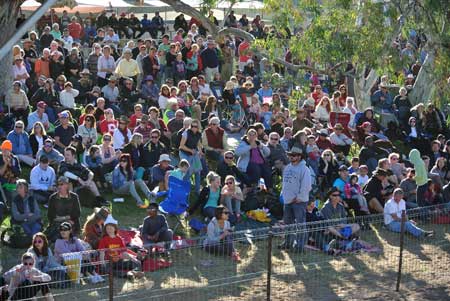 … plus a few more courtesy Annie’s Place & Mulga’s Adventures: Hands up all those who recognises the Prime Minister in the budgie smugglers’ race! 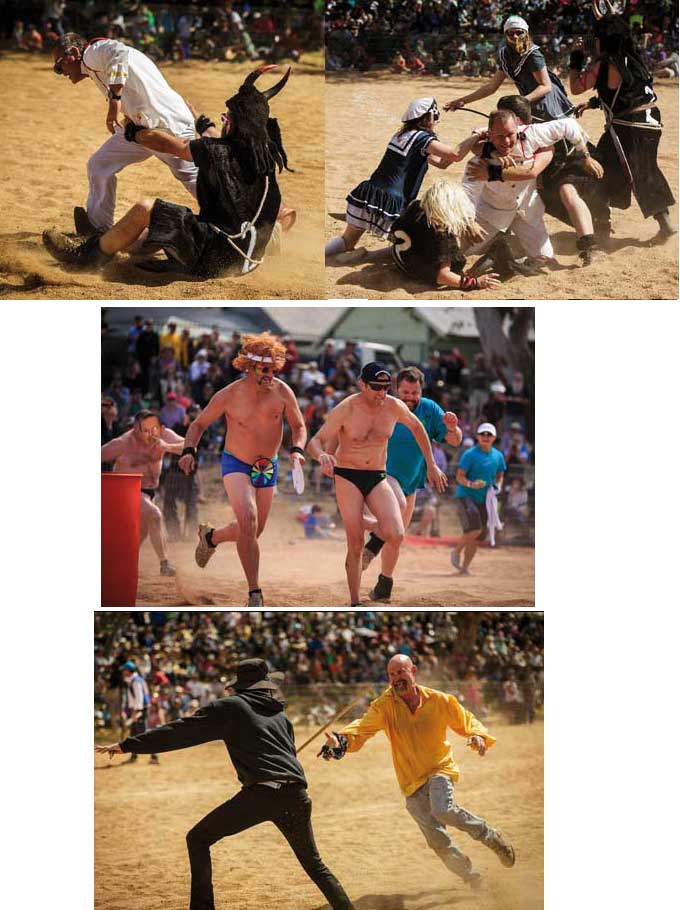