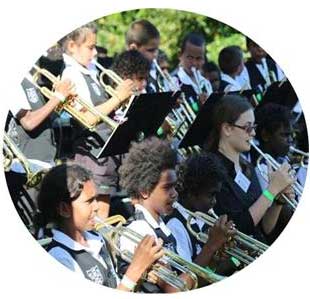 Minister for Education Peter Chandler will return to Queensland’s Cape York Peninsula and visit schools getting great results as major reforms to improve outcomes in the Territory are finalised.
This visit comes in the wake of shocking findings from Bruce Wilson’s Indigenous Education Review where major failings of the Northern Territory’s remote education system were identified.
An implementation plan is currently being developed to bring about major improvements to education outcomes in our remote schools.

Minister for Education, Peter Chandler said it is crucial for the success of these reforms that the views of these influential educators are canvassed while the plan is being developed.

“I’ve had the opportunity to witness how successful some of the education programs are on the Cape and I’m keen to see what educators, who work on the ground every day with students, think about the programs.” Mr Chandler said.

“We will be looking at boarding facilities in Weipa, Direct Instruction classes from the Cape York Aboriginal Australian Academy schools and also Pormpuraaw State School which is offering their own version of explicit teaching and getting good results.

“Particular focus will be given to how local culture and language are in taught in these schools.”

Minister for Community Services Bess Price said the government wants to strengthen language and culture in schools while better preparing students to participate in the wider world.

“Culture and Language are, and will always be, a part of who we are as Indigenous Territorians, but to grow economies in our communities we need more kids going to school and making the most of their opportunities.

“I want to see better results in our remote schools and this government is doing all we can to make that happen.”