The joy of an Hour of Power 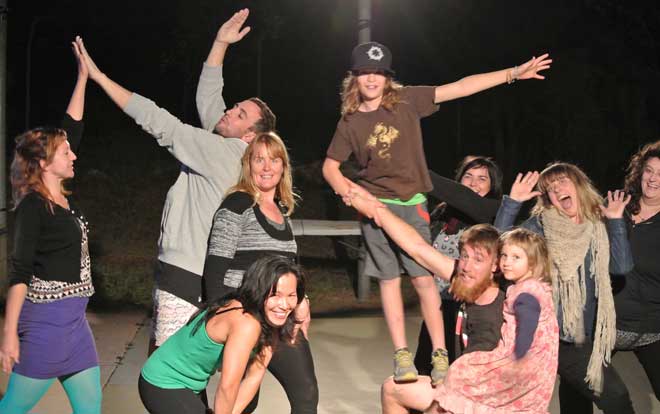 From years of teaching dance, Melissa Kerl has learned that many people just want to dance without being limited by choreography. She and collaborator Franca Barraclough are hosting just such an opportunity with their Hour of Power sessions on a Tuesday night. 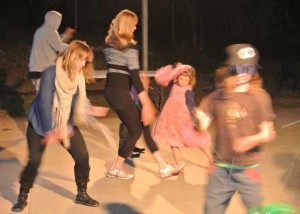 More a celebration of people’s everyday desire to move than a class or rehearsal, this is mostly a freeform experience, but Kerl and Barraclough bring to it a few embracing rituals.


When a new dancer enters or leaves the space they are welcomed or farewelled with a “whoosh” of everyone towards them.


There’s also the “Soul Train” where everyone gets a chance to do a solo, encouraged by the others in a kind of guard of honour. But if you fell back into the shadows at this point, no-one would look at you askance. 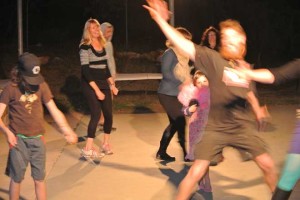 A “one-on-one dance-off” takes you from partner to partner at a call from Kerl. Everyone’s in the same boat, more or less strangers, so it’s easier than you might think.


By the time you’ve done all this, moving to the front for “Follow the leader” is almost effortless.


The idea grew out of last year’s Desert Festival event, the 24 Hour Dance Marathon, which the pair produced. Then they were calling themselves the EXTRA-ordinary Agency. This year they have re-badged as the Sorrealists, evoking their zaniness and their love of “the everyday”, the extraordinary ordinariness that unites us. 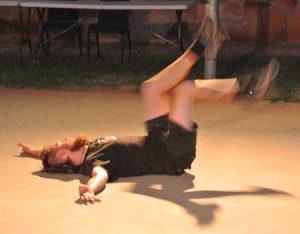 In the arts world what the Sorrealists do is called “Live Arts” and the pair intend to take Hour of Power further afield. They’re already booked for the Regional Arts Australia conference in Kalgoorlie in October this year, where the Hour will be delivered in short bursts of Power, reviving participants between talking sessions.


Meanwhile, the local Hour of Power will feed into another marathon at this year’s festival, but it’s also there as a stand-alone opportunity – for little kids, older people, and anyone in between.


It’s held out the back of the RSL Club on Schwarz Crescent, every Tuesday from 6-7pm. On these wintry nights, people arrive cold but within 10 minutes are peeling their jackets off and letting it all hang out. 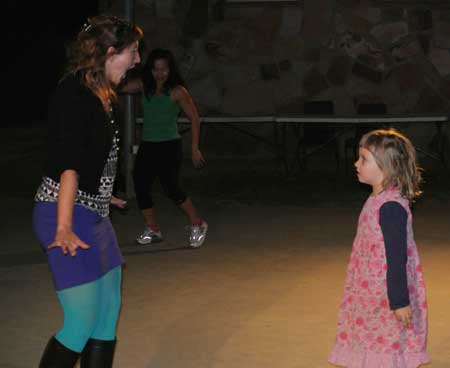 “It’s like a dance playground,” says Barraclough, “not a nightclub, not a class, a chance to tap into your inner self and give it expression, let it go. It’s very therapeutic!”


“And joyful”, adds Kerl. This was what stood out for her at last year’s marathon: the joy unleashed by people’s willingness to play, to take risks.