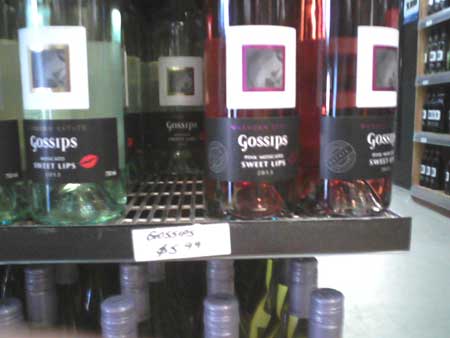 Alcohol-related hospital admissions and emergency department presentations both doubled after the Northern Territory government removed a banned drinkers’ register, a federal parliamentary inquiry into alcohol abuse in the Indigenous community has heard.

The ABC (31/3/14) reported that the NT Government banned the committee consisting of Federal MPs from both sides of the House from visiting the Alice Springs Hospital, or talking to any of its staff.

“The Federal Member for Lingiari Warren Snowdon labelled the ban ‘outrageous,’ saying access to the hospital would have given the committee a clear idea about whether the Territory’s change in alcohol policy was working.  Clearly there are presentations which are being made (in an) ongoing and continuing basis, and that has an impact on the whole community”.

The Northern Territory Government said it was putting in a single response to the Standing Committee on Indigenous Affairs, while the Guardian (31/3/14) noted Dr John Boffa claimed data showing “the repeal of the banned drinkers’ register caused alcohol-related hospital admissions to spike, and says the measure should be reinstated.

“The moment the banned drinkers’ register was withdrawn … there was a doubling in alcohol-related emergency department presentations, and that’s matched by a doubling in admissions.”

The NT alcohol policy minister, Dave Tollner, told the Guardian that Boffa was incorrect: “The banned drinkers register did not impact on the number of alcohol related emergency department presentations at Alice Springs Hospital.

“Alcohol-related admissions to the emergency department of Alice Springs Hospital have been steadily rising since 2005. Data shows that, under the BDR, alcohol related presentations reached a seven-year peak. This proves the Banned Drinker Register did not have any effect on the long term impact of alcohol on NT hospitals.”

A 17-year-old Bundaberg man was sentenced to 80 hours of community service after punching a man six times (Bundaberg News Mail, 1/4/14).

The magistrate said: “The courts and the public are getting really sick of people laying into each other because they are drunk and angry. You’re lucky you’re not being charged with murder.”

WARNING:  THE ALCOHOL INDUSTRY IS AN EXPANDING UNIVERSE

Free wine is increasingly being offered as an inducement by companies seeking to sell their product or services, like this accommodation business (advertisement pictured) in Queensland.

PHOTO TOP RIGHT: What’s the point in pushing for a floor price if wine, at the current voluntary $1.20 a standard drink, remains a top seller in Alice Springs while the public interstate can get wine much cheaper?