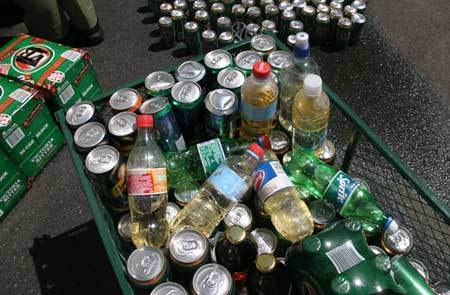 Alice Springs will continue as the supply centre for an enormous region, assisted by the Coober Pedy ID requirements and to a smaller extent by the Tennant Creek Licensees Accord.

Nice reputation to have Councilors and on your watch, Mr Mayor!  Those who say “they’ll get the grog no matter what” had best contemplate Alice’s contribution to grog-running as the only non-ID source in the region.

The NTG has released figures relating to alcohol consumption, with the Chief Minister again justifying his government’s election promise of scrapping of the Banned Drinkers Register (BDR).

The figures are based on Darwin and regional towns, but out bush where the roadhouses have it, the culture of seven days a week takeaway sustains the Chief Minister’s stated “core value” as part of NT culture, while creating intergenerational alcoholism and perpetuating racism.

These are among the downsides around which he has designed policies exempt from specialist advice.

Ironically, it was the bush swing that put the NTG in power, but there are no police officers stationed outside roadhouses.  Tourists and others are expected to turn a blind eye.

Terms of reference for the Federal Government inquiry into the harmful use of alcohol in Aboriginal and Torres Strait Islander communities have been released.

“Aboriginal and Torres Strait Islander people are between four and five times more likely to be hospitalised, and between five and eight times more likely to die as a result of harmful alcohol use.  We wish to hear from specialists and communities about what is working and why and submissions are now being called for.”

The Committee will inquire into and report on:-
• Patterns of supply of, and demand for alcohol.
• The social and economic determinants of harmful alcohol use.
• Trends and prevalence of alcohol related harm, including alcohol-fuelled violence and impacts on newborns.
• The implications of Foetal Alcohol Syndrome and Foetal Alcohol Spectrum Disorders.
• Best practice treatments and support, strategies to minimise alcohol misuse and identification to include international and domestic comparisons.

The Committee invites submissions to the inquiry by Friday, April 14, 2014.