A drunk costs the Territory 4.5 times the national average 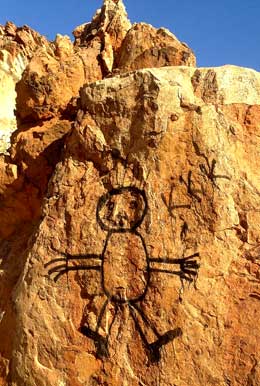 I began writing this column by summarising the bill for alcohol-abuse, but the costs keep getting bigger as the national taxpayer-funded expense climbs towards 20 billion dollars per annum.

The NT annual cost is $642 million, or $4000 per person and four and a half times the national average.

After a six year decline, per capita consumption is increasing, according to a full-page expose by the Australian, entitled ‘Top End’s Chronic Drinking Problem’ (6/2/14: 9).

In Central Australia, while some NT government social programs struggle to be effective and cuts are made to others, the cost of alcohol-abuse is supported by an electorate intolerant at having to show ID when purchasing liquor.

Vince Kelly, President of the NT Police Union notes that with the stationing of police outside bottle shops: “The (alcohol) industry is now being propped up by the Alice Springs police force.”

The Australian (6/2/14) reported that the Australian Hotels Association (AHA) “spent 14 times more per capita on political donations in the NT than in any jurisdiction at any time over the past decade.

The donations came just days before the 2012 election” when the BDR was being trialed and totaled $300,000, which was split between Labor and the CLP. 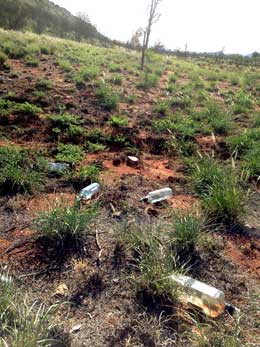 Chief Minister Adam Giles told an AHA meeting in Darwin last year that drinking was a “core social value” in the NT.  Mr Giles has denied that the AHA’s contribution had influenced CLP alcohol policy.

The BDR was dismantled at a cost of $2.5m., but the S. A. Police News (7/2/14) reports positive results from measures introduced in Coober Pedy last year, specifically directing licensees to demand ID for takeaway sales.

“At the same time, the federal government persists with a taxation system that allows producers to sell cask wine for almost the same price as bottled water.  Hence, we have to live with the abuse of cheap, readily available wine and a consumer expectation that alcohol should be cheap and accessible – which in turn means that wineries and growers find it hard to make a profit. It can’t go on.

“Australia can’t continue to see itself as a ‘cheap’ wine country.  It’s simply not sustainable:  we’re not set up for it.”

HAVING A GOOD TIME WITHOUT GROG

When I was a dancehall impresario in Central Australia, which is a fancy way of saying you had to be there and working with a number of Aboriginal dance bands during the Eighties, I had a sign on the door that said ‘Adults $5.  Kids $2.  No Grog.’

Rarely did we have a problem inside, but on the occasion of gigs in Alice, there was often alcohol-induced bedlam outside and the police enforced the Two Kilometer law, but out bush, it was a different matter.

I longed to play those dances because there was no grog and no mayhem.  The windows would be open to the fresh air and by the end of the night we were happily, healthily, exhausted, thereby disputing alcohol industry advertising that you need grog to have a good time.

Some of the bands I worked with were employed by the NTG in ‘No Grog’, ‘Don’t Drink and Drive’, ‘I’ve Had Enough’ campaigns, but none of them made a difference against the liberal supply chain.

Dance halls that once existed in communities have been overtaken by pubs.  The legal age for drinking was 21 years about 40 years ago and youth binge drinking has since become a phenomenon.  The era of entitlement is supposedly coming to an end.

PHOTOS: A graffiti with the Ku Klux Klan acronym at a drinking camp in a disused quarry at the start of Ilparpa Road. Change of drinking habits or is the container deposit system doing its job? Empty hard liquor bottles in the same camp, but no cans which are now worth 10 cents.