MODIFIED 3.45pm, February 6, to include feedback from the festival on the reason for changing venue.

For many years a fixture of the Araluen Arts Centre calendar, the Sydney Travelling Film Festival this year will be staged at the Alice Springs Cinemas. Owner Paul Darvodelsky (left) is delighted: he’s a fan of “this sort of film” – arthouse and independent – and has made an effort to program them. Hosting the festival will be a way of getting the message across that the cinemas have broadened their offerings.

The event will also bring some much needed buzz to the revamped Todd Street North: “Alice Springs needs community events,” says Mr Darvodelsky. “It’s a tremendous community. We can forget that and it takes community events to remind us.”

The cinemas’ central location is the main reason the festival gives for the move from Araluen, as well as their 600 seat capacity with multiple screens, which will allow the festival to grow its audience.

Mr Darvodelsky upgraded the cinemas’ sound and projection equipment in 2012 – “You can’t buy better,” he says. Being fully digital means they can respond to flexibly to demand for festival films – show them on one screen or all four if necessary, and when multiple screens are involved, the start times can be staggered at 10 to 15 minute intervals.

Mr Darvodelsky has a special license for the event, so people will be able to have a glass of wine or beer, but food catering will be limited to standard candy bar fare.

Meanwhile for those who like their weekend mainstream film hit, these will continue around the festival program. Festival films screen only once and the cinemas have some 24 sessions a day to work with. 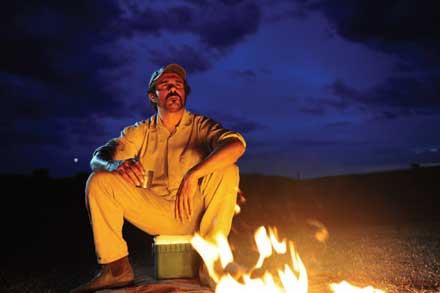 There will be a particularly keen interest in Alice Springs, no doubt, for the new feature film by local man Warwick Thornton, director of the award-winning Samson & Delilah. Called The Darkside and screening on Saturday night, it is a compilation of “true ghost stories”, told to us by some of Australia’s best known screen acting talents – Aaron Pederson (right), Sacha Horler, Deborah Mailman, Bryan Brown, Claudia Karvan – as well as others better known in the theatre world or who are starting to make their mark, like Shari Sebbens (below left), who played Kay in The Sapphires and had a role in the first season of Redfern Now. The cast also includes someone who is not a professional actor but to whom a number of filmmakers have been drawn – Professor Marcia Langton.

The script was written on the basis of interviews conducted with people who responded to a callout from the film’s producers: “Seen a ghost? Know someone who has? Had a weird experience that you can’t explain?” More than 120 people responded with over 150 stories; 12 made it into the film, including two from Alice locals Michael Liddle and Steve Tranter, and one from ex-Alice Sharon Cole, now living in Broome. The remaining nine are from around the country and include three non-Indigenous people.

Thornton, long interested in thriller and horror genres, was hoping for “the scarier the better” but what he got, the stories that most engaged him, were “mostly about family who had passed away and many of them were very emotional and poignant. They were about connection to the other side – connection to family.”

Says Thornton: “Aboriginal people live on the threshold of two dimensions. One is a world of everyday reality and the othera world of spirits, demons and entities. We can live an ordinary life with dead ancestors and demons all vying for space. Although we might seem stoic and complacent, with the clash of these two worlds the reality is we are scared shitless. 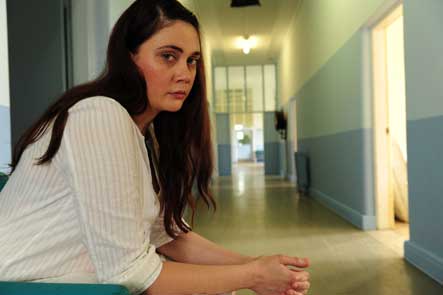 “When I embarked on this journey to the other side, I imagined finding a whole bunch of scary as hell ghost stories – but what I ended up finding was a beautiful collection of poignant stories about family and connection. That was what resonated with me. How we can keep a connection with those who have passed away. And knowing that I too can keep that connection when I die – to come back and visit my children. That’s a comforting thought and it’s made me much less afraid of death. I’m not ready to go yet, but I don’t feel quite so anxious about it. That was an unexpected discovery.”

Reviews have been mostly positive. David Stratton and Margaret Pomeranz on At the movies each gave it four stars, with Stratton describing it as “quite original and special” and singling out Sebbens’ climactic monologue as “quite remarkable” and Romaine Moreton’s sequence as a “particular standout”.

Jane Howard in The Guardian and Sandra Hall in the Sydney Morning Herald also highlight the Moreton sequence. Howard describes it thus: “Romaine Moreton [Indigenous writer of poetry, prose and film with a PhD in philosophy] narrates her own story of researching at the National Film and Sound Archive and discovering the building’s history as the Australian Institute of Anatomy. This building stored the remains of many Indigenous people, and Moreton speaks of the unrest of those not returned to country to lie in peace. Thornton illustrates this story with gripping archival footage of Aboriginal people being physically studied by anthropological scientists.”

Hall is of the view, however, that the film won’t be “a crowd pleaser”. She also describes it as “slight” – “sceptics are unlikely to be seduced, although they may find themselves charmed by the craft that goes into Thornton’s eye for composition and the art that goes into the performances”.

The festival opens next Friday, February 14, with war drama The Railway Man, directed by Australian filmmaker Jonathan Teplitzky – his fourth feature, the most recent being Burning Man. Based on Eric Lomax’s best-selling memoir and real-life story, it stars Colin Firth and Nicole Kidman. Lomax was one of thousands of Allied prisoners of war forced to work on the construction of the Thai-Burma railway during WWII.

The film got four and half stars from Pomeranz (“a major achievement) and four from Stratton (“in many ways, a remarkable film”) but The Guardian’s Peter Bradshaw was not so kind – two stars for the “potentially powerful film … let down by some woeful casting”. Firth does “an honest job” in his view, but Kidman “looks frozen and bizarrely queenly”, while “Swedish actor Stellan Skarsgård is woefully and bafflingly miscast as Finlay, Lomax’s old mate from the war”.