Home Issue 2 Do you lose more than freedom when you are sent to gaol?
Issue 2Issue 3Volume 21

Do you lose more than freedom when you are sent to gaol? 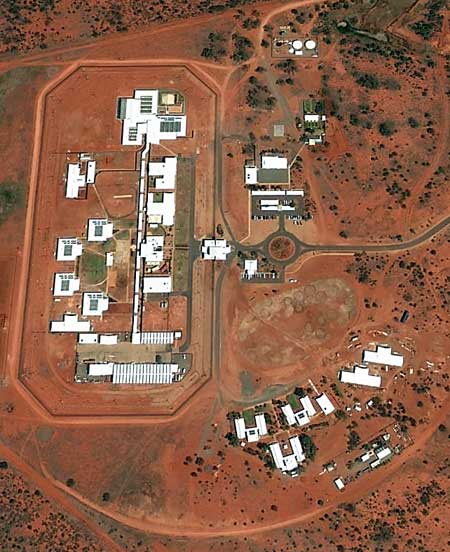 If you break the law you may go to gaol, in the great majority of cases after you have pleaded guilty to a crime.

Alternatively, being sentenced to prison follows a decision by either a magistrate or a judge and jury who have come to the conclusion that you are guilty, applying laws enacted by a Parliament elected by the people.

All or most of this process will have taken place in open court which would have heard submissions from the prosecution and the defence.

When a magistrate or judge makes a ruling, reasons for the judgment against you are given, which you have the right to appeal.

But it appears that once the prison doors slam shut behind you a further system of punishment kicks in, which has none of the fairness and transparency of our courts of law, and is the product of unelected people subject to no checks other than their own.

At least so it seems to me, on the basis of events of which I have first-hand experience.

Society would expect that a gaol sentence will take away your freedom of being where you like to be – you’ll be in gaol. But I have never heard a judge ordering the limitations of other freedoms.

Yet they are being limited – such as the freedom of speech, of having visits from whomever you choose (in the confines of necessary and reasonable prison management), and the right of reply if you are under attack.

These rights clearly impact on the process of rehabilitation, an area where NT Attorney General and Minister for Correctional Services John Elferink has put in place ground-breaking, visionary initiatives, with his “sentenced to a job” program attracting interest the world over.

Yet Mr Elferink seems disinclined to intervene in matters of maintaining, or re-establishing, links with the “outside” which – clearly – play as great a role in breaking the cycle of criminality as getting a job when they are released.

Builder Randal Carey in May last year was sentenced to three years, to be suspended after he has served 12 months. He was also ordered to pay $45,000 in compensation, $5,000 to each of nine families who were identified as the victims of his offending, for his role in the Frampton New Homes fiasco in which a dozen Alice Springs families and a number of local businesses lost close to $2m.

The fact that he got a custodial sentence, that the real estate agency which promoted his services to its clients received a mere slap on the wrist, and the incompetence of government regulators in the matter ensure an enduring public interest in Mr Carey.

I applied to and was given permission to visit him. The arrangement was that this visit would not have any news gathering purpose. Any discussion that I was to have with Mr Carey would be entirely off the record. This was made clear to the prison authorities.

Having deposited everything other than my clothing and my driver’s licence in a locker I queued up at the front door of the Correctional Centre.

When my turn came to be admitted I was told my permission to visit had been cancelled. Why? The instruction came from very high up, I was told. From whom? No answer.

For me access to Mr Carey gained urgency when the Alice Springs News Online received a letter to the editor attacking him. It is our policy – our obligation, most would think – to offer a right of reply.

How we do that is, or course, at our discretion: face to face, on the phone, emails, mail.

Media Manager for the Correctional Services Department David Harris wrote to me saying “you are free to write to the prisoner and if he wishes to respond he is free to do so provided the communication is in accordance with the Act”.

A back and forth in writing, via the prison censors, would have been a tremendously cumbersome exercise for my purposes, indeed for any journalistic purposes.  I wanted to know on what basis, other than the say-so of Mr Harris, I was being denied access, under the normal protocol for visitors, to Mr Carey.

The Prisons (Correctional Services) Act s40 makes it perfectly clear that a prisoner may receive visitors. It defines under what circumstances such a visit may be prohibited, namely if “the security or good order of a prisoner, prison or police prison may be jeopardised by a visitor; or a visitor may have a detrimental influence or effect on a prisoner.”

No-one has put to me how such circumstances would prevail if I visited Mr Carey.

Mr Harris put to me: “The NT Prisons Act makes no provision for journalists to visit prisoners in the NT in any capacity.” So? Neither does the Act prohibit it. Superintendent Bill Yan, General Manager of the Alice Springs Correctional Centre, was included in this correspondence.

According to Christian Thompson, of the SA Correctional Services, in South Australia access is usually denied if the interview would deal with the crime (he says the place for that is the courts); if victims could be traumatised by the publication; if the crime was violent or a sex crime; if the prisoner is of a “high notoriety”; if a payment is intended to be made to the prisoner.

However, if the interview relates to the rehabilitation of the prisoner and the time after the sentence has been served, then this has a chance of approval.

I put the issues to Mr Elferink who said this is an “operational matter [and] I trust my superintendent to do the job effectively.

NEWS: Including the freedom of speech?

ELFERINK: Yes, to a degree. It’s just the nature of what happenes when you go to gaol for committing crimes. You lose your freedoms.

NEWS: In what way does the sentence he is serving deny him the normal freedoms of communication?

ELFERINK: That’s what happens when you go to gaol.

NEWS: Is that presumed to be part of a gaol sentence handed down by a judge?

ELFERINK: You lose your liberty. A warranted imprisonment is issued by a court which is a document that says you will take this person from the courthouse and place him into a place of custody where their liberties are removed.

NEWS: Where does it say that?

ELFERINK: You refer to a right of freedom of speech. Once you have lost a freedom of motion I would read that as also the freedom of expression. Your liberties are essentially in the hands of another person. It is the Superintendent of the gaol.

NEWS: We have checked with prison authorities in SA and WA. They give journalists access to prisoners.

ELFERINK: We do here from time to time, with the acquiescence of their gaoler.

NEWS: Why was that acquiescence denied to me?

ELFERINK: I don’t know. I trust my gaolers to be making the appropriate decisions. That person may, for whatever reason, within their power, feel they may not want to give you that discretion.