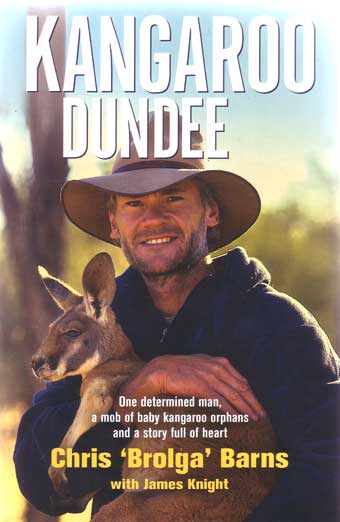 Someone like “Kangaroo Dundee” could promote interest in the Outback amongst Chinese tourists who are now mostly visiting Australia’s big cities.

This is the view of Alice-based Ben Zeng, a Senior Research Fellow in tourism and environment management with the Charles Darwin University’s Northern Institute.

He says while Chinese keen to experience remote travel are a special interest group, they exist and their interest in Indigenous culture and native fauna such as crocodiles and kangaroos is worth developing.

Mr Zeng says he can well remember when Crocodile Dundee was a hit.

Performances and visits by a celebrity like Kangaroo Dundee “would be a good way” to establish relationships between tour sellers in China and Tourism NT.

Meanwhile Kangaroo Dundee, real name Chris “Brolga” Barns, is starring in his second television series – this one in six parts – playing to audiences averaging 1.5 million in the United Kingdom.

The first series, two one-hour episodes on BBC earlier this year had 1.7m viewers each episode.

In Australia it had 600,000 viewers per episode, and it was also shown in NZ, most European countries including France, Spain, Austria, Portugal and Germany, as well as in Canada and the USA.

Mr Barns has also just published an autobiography (cover image pictured). He says the TV series have also given him exposure on a string of talk-shows such as BBC 2 Breakfast TV, Midweek radio BBC, newspapers, and the very famous children’s show, Blue Peter.

“We’ve not heard anything about the Outback since Crocodile Dundee, but now we’ve got you,” he says is the message from the media overseas.

“I’m treated like a movie star staying in five-star hotels, and getting chauffeured around,” says Mr Barns. “Taxi drivers and people in the street recognise me in London.”

He says he’s had no approach from Tourism NT to assist with promotion of the Territory: “I’m happy to help but I’m not going to chase them.”

By GEOFF MIERS August has to be one of the busiest months on the gardening calendar with a diverse range of gardening activities needing to...
Read more
Issue 1