Centralian College: opinions were shared and listened to 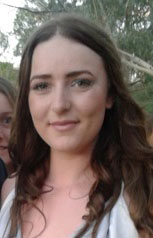 Year 12 graduate ISABELLA  SAN ROQUE looks back at her experience of Centralian Senior College. This is the text of her graduation speech:-

Family isn’t defined by blood. Someone could grow up never knowing a relative but still find true family within the walls of someone else’s home. For many in this room those walls were the ones that surround a small school in the heart of Central Australia.

I’ve been at Centralian Senior College since I transferred here at the start of year 10 in 2011. I remember being astounded by the relaxed, friendly atmosphere and the strangeness of having a grapevine in the back of the school. As I walked through the windowless corridors reading the painted words on each corner, telling me to ‘achieve’ and ‘inspire’, I thought the school looked more like a revamped prison with temperamental air-con than somewhere I could ever learn to love.

It wasn’t until I finally sat down in the classroom that I realised exactly why Centralian was so truly blessed and different from any of the other high schools I had been to. Gone was the strict mechanical classroom routine I had gotten used to, where the teacher stood at the front of the room writing endless notes on Shakespeare or why A(2) + B(2)=C(2)   and the students feigned attention while really wondering , if his parents had known then how famous he would become would  Einstein’s parents regret  having named their son Albert?

Centralian wasn’t a system where the staff taught and students learnt. Instead I found myself in an unfamiliar environment where opinions were shared and actually listened to. The students became friends and the teachers became mentors who you could trust had your best interests at heart. They put in time and energy above and beyond what was legally required of them and students were never taught at, but instead taught to. Taught to draw and dance, to analyse and compose, to source and to explain … and most importantly to start and finish an essay the day before it’s due.  From an outside perspective none of these things may seem significant, but to the student this meant anything.

When I was trying to decide what exactly to say tonight, a member of the staff, who shall not be named, told me to make fun of the teachers, so say what I really thought because this would be my last chance. But in all honesty, this school and the family I have made in it have made such a beautiful long lasting impact on me that any passing distaste or grudge over getting an A- instead of an A seems insignificant now. That particular member of the staff was right about one thing though. This is it. Our last chance …

After tonight we will no longer be considered ‘year 12s’. So let us not look to the past with any regrets. Instead embrace everything you’ve learnt and treasure the experiences we’ve had. Then move forward into your future knowing that family, by blood or by bond, is forever. And in 30 years when you find yourself in the middle of a midlife crisis, with a Ferrari in your driveway but no money in the bank, the only reason I’ll answer your calls is if  ‘Do you need a free car ? ’ is the first thing you say.