Home Issue 14 Is town council use of "in confidential" going too far?
Issue 14Issue 15Issue 16Volume 20

Is town council use of "in confidential" going too far? 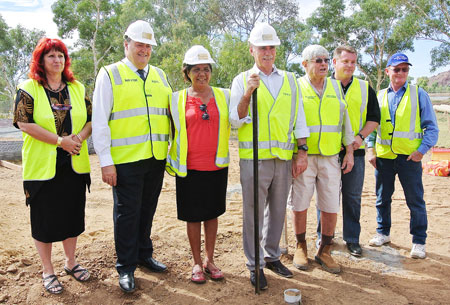 Current Town Council dealings behind closed doors about the future of the landfill gives new fuel to controversy over business the council is doing “in confidential”.

It is clear that the default position under the law is that all matters should be dealt with in open meeting, except a very small number of issues that are defined. But it seems the public is being shut out for reasons decidedly not provided for under the law.

Mayor Damien Ryan points out that the elected members do not have the luxury of parliamentary privilege which protects them from defamation proceedings over what they may say in a council meeting.

Says Mayor  Ryan: “You have to give confidence to the elected members so they can discuss the issues fully and not incriminate themselves. That’s why this process is there, and when a decision is made it is brought out.” And he says there is no reason “that any of that should be brought out to embarrass any one member of the council.

“Every member of our council is able to freely and frankly discuss their opinion in confidential.” The closed meetings are for “business of the council that would be difficult to involve yourself with in an open council, that’s why they go into confidential”.

However,  Regulation 8 in the Local Government (Administration) Regulations makes no mention of allowing councillors to go behind closed doors so they can have a free and frank discussion, and to protect them from self-incrimination. ( To be sure, councillors are no less exposed to court action during a confidential meeting  – except that fewer people would be witness to a defamatory act.)

The council routinely hides from public view a portion its deliberations: the public and the media are barred from a part of every council meeting. From month to month there is almost nothing disclosed of the Finance Committee deliberations. Almost all of the annual budget discussions are behind closed doors: we have no idea about how the council determines its priorities in relation to the budget, what the possibilities are, the constraints, who’s pushing for what, who has won the day and why.

We know from casual remarks by councillors in the past about how late the meetings have run that the confidential part has been the bigger one, but try examining the issues and you are caught by the perennial Catch 22: according to Mayor Ryan’s stock reply, we are not allowed to know what’s happening “in confidential”, so how can we possibly criticise?

From time to time details are leaked but by and large elected members and staff are cowed by the threat of two years in gaol for breaching confidentiality – at least that’s what some of them say when pressed for answers on issues in the public interest: “Are you trying to put me behind bars?”

What goes into confidential and what doesn’t is left to the discretion of CEO Rex Mooney who “sets the agenda, that’s defined under the Act,” says Mayor Ryan. “He makes the judgment on what issues need to be discussed in confidential.”

Mr Mooney may be an exemplary public servant but he is not an elected member: it would clearly be in the interest of the public, and quite possibly of Mr Mooney as well, to leave the filtering to the people who would answer for their decisions a the ballot box. 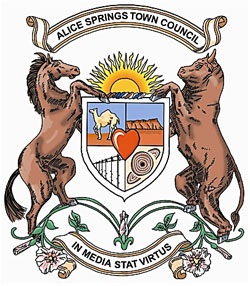 The current practices are undemocratic and are against the spirit of the legislation. They deprive the public of knowledge it deserves to have – what the issues are, what information is before councillors (such as the 2004 report on the possible disposal of open space, only brought out of confidential in 2012) and what is being said by whom in a debate.

Mayor Ryan is outraged by the questions on the issues of  Alice Springs News Online. He sees them as “insulting that we are not transparent” and “distasteful” and stresses “our meetings are run at the best practice level”.

Says Diane Hood, Deputy Chief Executive, Department of Local Government, which has ultimate power over a council : “Regulation 8 covers the circumstances in which the public can be excluded from a council meeting. It is a matter for the council to determine whether the matter falls within regulation 8.

“If a person wants to challenge the closure of a meeting they should firstly take the matter up with the council via the CEO or other appropriate person. If the person is dissatisfied with the council’s response they could write to the Department of Local Government, making a case and setting out the reasons why they would like the Department to look into the matter.”

The legislation’s clear intention of transparency is illustrated by the eight regulations listing the “classes of confidential information” which can or must be dealt with in camera. These are, in a nutshell:-
• Matters that may “cause prejudice” to a current or “possible” staff member, a resident or ratepayer, the council, the maintenance or administration of the law; or cause commercial prejudice to, or confer an unfair commercial advantage on, any person.
• Information subject to an obligation of confidentiality at law, or in equity.
• Information provided to the council on condition that it be kept confidential.

At present the only matters emerging from confidential are those about which a decision has been made, but not how it has been reached, depriving the voters of their opportunity to gauge the extent of an issue and how the individual councillors dealt with it.

Democracy gets a sock in it.

We asked Mayor Ryan to match recent decisions with the classes in the Regulations under which they were permitted to be put into confidential: the possible selling off of parkland, the management of the aquatic centre, the complaint by ALEC chief Jimmy Cocking against Cr Steve Brown under the Code of Conduct, the loans restructuring, the mayoral and councillor allowances and expenses, and the current plans for the landfill – all matters discussed, at least partly, in confidential.

Mayor Ryan declined to do that, only stating – repeatedly – that the council has been acting within the law at all times.

There are clearly issues which never see the light of day: “If we make a decision on something it’s brought out [of confidential],” ha says. “If we don’t make a decision it’s the end of it.”