'Sentenced to a job and a future' program needs iron will

Photos: “Jim” serving Clifford Tilmouth. “Max” tinkering with a bicycle his house-mate has just bought. “Jim” stirring gravy for chips which are a favourite snack for the supermarket’s mostly Aboriginal clientele.

Max and Jim (we’ve changed their names) are clearly not the kind of prisoners for whom the visionary “sentenced to a job and a future” scheme of Correctional Services Minister John Elferink is designed.

Mr Elferink sees it as a step-up into the broader community for people, mostly Aboriginal, who’ve never worked before.

Max and Jim are white and had significant backgrounds in employment and small business before their respective offences, which are in the
mid-range of seriousness.

But both have embraced the scheme so whole-heartedly that they seem set to have a major impact on its success. Their message to fellow prisoners: a project like this will give you a great chance. But you must want to change yourself.

Jim says he knows many people in gaol who have no intention of embarking on that journey, “happy to sit on their arses”. How to motivate them to join the program may be its biggest challenge.

The program gave Jim and Max the opportunity, but the initiative was theirs: having navigated the obstacles in the correctional services system, having “worked their way down to a low security rating,” they “pushed and pushed” and received permission.

They made their way “like everyone else” to Jobfind and – found a job. “It’s easy in Alice Springs,” says Jim. They are now working in an IGA supermarket. 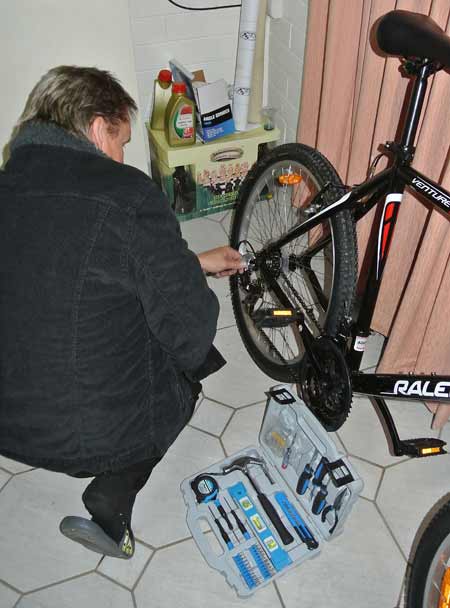 During 12 months while he was still a prisoner, and six months following his release on parole, Max worked his way up to the assistant manager position, such as he had held before his crime.

“Being inside puts you right back,” he says. “You’ve got to claw your way back up again.”

Max’s parole conditions prohibit him from drinking alcohol. He isn’t fussed: “I’ve never been a big drinker. You can listen to music and drink soft drinks. No worries. The key to life is keeping busy.”

And he walks the talk: on the job he oversees about a dozen staff and needs to know – and sometimes do – all their jobs, from stacking
shelves to the sensitive task of running a bottleshop in a town battling alcoholic mayhem.

He says for someone who’s been inside for years, coming out and re-joining “normal people, eating normal food, doing normal things”
works both ways: the employer gets someone for whom going to work is a real joy, says Max. Disinclined to false modesty he describes himself as the poster boy of the program.

Until last week Max was the only occupant of a five bedroom suburban house owned by Anglicare, not far from the supermarket. He says this house and his contact in Anglicare, the “non judgmental” Adam (his real name), are the make and break of the fledgeling program at the moment.

“When you come all you’ve got is a pair of jeans and jocks. You are dropped off in town. That’s it. Most people just go to the pub, with the
$200 they give you.

“Even for me, who’s very self confident, it is overwhelming. You’re just standing there.

“Adam took me to a shop. I asked him, can I go in there? You can do handstands in the carpark, he said to me. You are so used to asking permission for everything, it’s such a regimented life in gaol. It took me two or three days to even be happy about being out again,” says Max.

“Adam spent every day for a whole week with me. Picked me up, dropped me off. Helped me getting my licence, clothes, bank account. He
set up internet banking for me.

“Without all that their time in gaol would be wasted for many people. They’ll be back in there in no time.”

Going back “to family” is for many a move back to booze and idleness. This house, so far, is the only alternative.

Alcohol is banned, and that may put off some potential occupants, says Max.

An Aboriginal man he’d known in prison has now moved in, says Max. He has taken him under his wing, with an infectious enthusiasm for “doing things”. He is teaching the new housemate computer skills.

Other off-work hobbies he shares with the new resident are building an off-road scooter, the stand-on variety, with an engine and disk brakes front and back. Or fitting small engines to bicycles.

Jim tells a story that’s less upbeat. He and I were chatting outside the store in his lunch break. An Aboriginal man with a big, beaming face arrived, barefooted, limping, with bandages on his legs. 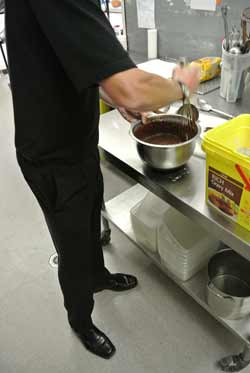 He’d been released from gaol two days earlier. With a sad smile and a resigned wave of his hand, he tells Jim he’d gotten pissed and rolled a car. That’s life, isn’t it?

No, it isn’t, says Jim. He is on his way up. The work scheme helps but so does his background as a self-employed builder, tiler and plasterer, on a string of FiFo jobs around the country, supporting his partner and four children in Tasmania.

He says only people who have an iron resolve to go straight will succeed in the scheme.

His duties at the store are wide-ranging. The scheme arranged for him to get a forklift driver’s ticket – a condition for the job, and paid for by the scheme.

Jim had been driving forklifts in an earlier life, including big ones for moving containers, but without a ticket. Now he can do it legally.

However, he had managed to keep busy “inside,” cooking for as many as 780 people, and servicing machinery such as mowers and slashers, even re-building engines.

Max took courses in gaol, and completed Certificates One in cooking and carpentry.

At the supermarket Jim’s main job is running the fast food section, offering a variety of meals, mostly deep-fried, prepared in a spotless kitchen and served from a bain-marie. He is training a school-leaver with calm, focussed instructions.

Jim gets up at 5.30am in his single cell, in the cottages for low risk inmates outside the big fence, currently housing around 140 inmates.
He arrives at work at 7.30am in the Bush Bus which is ferrying about 20 prisoners to their various jobs in town.

Some are unpaid volunteers. Only a few are on a normal wage like Jim, $17.50 an hour plus loading, for a five-day, 40 hour week, not on weekends.

Jim pays $25 a day board to the prison system for the days he works. Most of the rest of the money goes into his bank account.
Soon he will, for six months, move into the Anglicare house with Max. “This will get me on my feet.”

He will keep the job. Jim’s transition from prisoner to every-day citizen will be complete.

[It is a standard protocol when dealing with prisoners in the media that we do not identify them nor show their faces in photographs.]

By STEVE MENZIES Alice Springs again proved to be the NT champion of junior netball winning three of the four divisions in the NT Link...
Read more
Issue 10