Reasons for a health pact in the NT 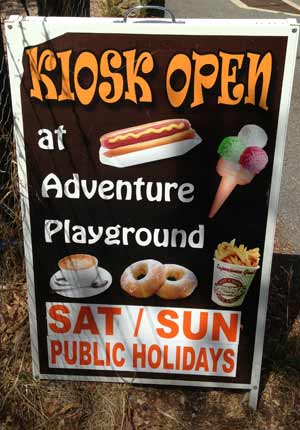 By RUSSELL GUY
A report in the current medical journal Lancet, “Profits and pandemics: prevention of harmful effects of tobacco, alcohol and ultra-processed food and drink industries” reveals some reasons why the NT has a huge health burden.
The report identifies “unhealthy commodity industries” as those responsible for the sales and promotion of tobacco, alcohol, energy-dense foods such as burgers, frozen pizzas and pasta dishes, nuggets, sticks, crisps, biscuits, confectionery, cereal bars, carbonized and other sugared drinks and various snack products.
Apart from the well known effects of tobacco and alcohol misuse, these foods are high in fat, sugar and salt, are a cause of obesity, diabetes, high-blood pressure, cholesterol and related non-communicable diseases.
In 2010, globally, these accounted for 6.3m deaths (tobacco), 4.9m (alcohol) and 18m associated with ultra-processed foods.
The increasing marketing share of these commodities is estimated to accelerate “the nutrition transition”: a change from traditional diets of whole or minimally processed foods, such as fruit and vegetables, to highly processed foods and drinks.
Our highly industrialized society has developed a lifestyle replicated in the Aboriginal transition from a traditional diet of bush tucker, interrupted by the colonial advance through tribal lands, culminating in “sit-down” welfare and a diet of take-away processed food.
The Lancet report notes that “the relation between tobacco, alcohol and ultra-processed foods and beverage corporations” shows the failure of public health policy makers and professionals to respond and how these corporations undermine public health.
One of the key strategies these corporations use is sponsorship.
One alcohol company observed by an Australian alcohol watchdog last week, markets a jacket emblazoned with their product advertising for four year olds and obtainable in giant retail outlets.
Professor Sir Ian Gillmore, chair of the United Kingdom’s Alcohol Health alliance, told ABC radio (18/2/13) that “kids are starting to drink younger than they used to. We’re seeing cases of cirrhosis of the liver, which takes maybe 10 years to develop in heavy drinkers, we’re seeing that in women sometimes intheir early 20s.”
Professor Gillmore observed that “the control of alcohol cannot be left to the free market” and that “there was no single magic bullet but the evidence is most strong around price, availability, and marketing”.
And one area where the UK is being innovative is looking at a minimum floor price. That’s where you can’t sell a standard drink below a certain amount. The great strength of that policy is that it won’t affect the price of a drink in a bar or a restaurant but it will tackle the very cheap supermarket drink that’s being sold literally at pocket money prices – beer and cider sometimes cheaper than bottled water.
Meanwhile, John Patterson, CEO of the Aboriginal Medical Services Alliance of the NT (AMSANT) in a press release (15/2/13) called for “an historic compromise between the Northern Territory and Commonwealth governments over alcohol policy in the Northern Territory.
“The lives of Territorians—black and white—hang in the balance.  We need to unite, and lead the nation by giving grog floor pricing a go.  We can lead the nation on grog, instead of going with the flow of the rivers of grog.”
The Lancet report claims that “public regulation and market intervention are the only evidence-based mechanisms to prevent harm caused by unhealthy commodity industries.”
The report calls for “a substantially scaled-up response from governments, public health organizations and civil society to regulate the harmful activities of these industries.”
The line-up of patients at remote community clinics was described to me recently by an Anmatjerre health worker as “waiting for it to open every day.”
She was en route to a course in Alice where she would learn more about being able to help pregnant mothers in her community.
It has often seemed to me, as a long-time observer of Indigenous health in the NT, that Indigenous societies are the canaries in the societal cage of Western civilization and when you think of how the take-away food precinct developed almost overnight in the early 1980s in Alice Springs, to be supplemented by new recruits like MacDonalds and the general fare found at roadhouses, along with the non communicable disease burden suffered by Indigenous, the claims of the Lancet report are disturbing, to say the least.
And then, of course, we have the alcohol issue, promoted 24/7, currently extant, but the tobacco industry was choked down.
PHOTOS: The Territory isn’t on its own when it comes to consuming too much of the bad stuff … bulk booze near Longreach, Queensland, in days gone by (above), and a junk food sign targeting kids in Adelaide today.

COMMENT by JULIUS DENNIS When you move to a new area one of the first things you do is join the local community Facebook group....
Read more
Issue 1

January gardening in facts and figures

For nearly 25 years, 1941 to 1966, St John’s was a key community centre in Alice Springs supporting the war effort by providing comforts...
Read more