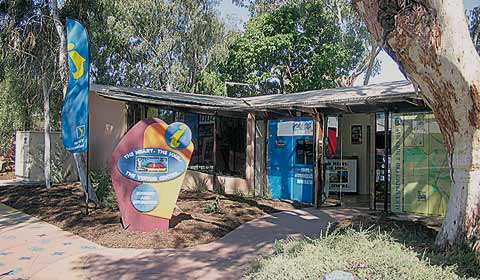 A “who we are and what we do action plan” will be drafted by the executive of Tourism Central Australia (TCA) at a meeting tomorrow.
Jaclyn Thorne, the new General Manager, says likely topics will be a new website and increased use of social media, an ambassador project, continuation of the mountain biking strategy and the move of the visitors’ centre (pictured) to the former Qantas office on the corner of Todd Mall and Parsons Street.
She says in her four weeks in The Alice so far she has had personal contact with about 50 members and she is expecting a good number of proposals to come forward.
Ms Thorne (pictured below), formerly from the Barossa Valley in SA, says the visitors’ centre will be co-located with the government’s Tourism NT (TNT), under a lease arrangement, but both will be “branded separately” and have different entrances, TCA’s from the mall.
The administration office will remain in its current location, near the public library.
Asked whether the current discussions within TCA will touch on its relationship, as a lobby, with TNT, which pays TCA a significant annual grant, Ms Thorne said she has had “a number of people” raising issues with her which she then raised with Tourism NT.
“We do see ourselves as a lobbying group, given we are an industry organisation, and that’s certainly something we will be discussing on Monday, as to our role moving forward in that space.”
She would not disclose the amount TCA is being paid by the NT Government. 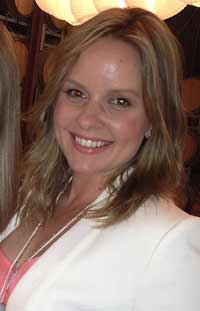 Have there been any results, in terms of bookings, from the recent live broadcast from Alice Springs of the Channel 7 morning show?
Ms Thorne says it is unclear whether the bookings received at the time by TCA’s visitors centre were a result of the show, and there has been no feed-back from operators.
“The purpose was to build the awareness of the region and as such I understand the program was very well received. Tourism marketing is about awareness, first and foremost.”
TCA helped the show with in-kind support but not with cash.
Tourism Minister Matt Conlan has not answered questions from the Alice Springs News Online about any funding the NT Government may have provided.
Meanwhile, following the reintroduction of Tiger Airways flights to Alice Springs, Mr Conlan has announced a limited offer of $399 per person twin share including return airfares from Melbourne or Sydney, return airport transfers, two nights 4.5 star accommodation with free breakfast and free wifi, and a tour of the town.
“This deal leads the way on demonstrating just what can be possible when you have 150,000 extra seats coming on the market to a destination,” he says.

By JULIUS DENNIS Alan Smith, who owns Outback Aussie Tours with wife Sue, says: "Looking forward, give or take hotspots and what COVID may or...
Read more
Issue 1

By ERWIN CHLANDA The NT has the weakest COVID restrictions in Australia and its most vulnerable population "at the very time when risk has escalated...
Read more