After pork barrelling and scandalous waste of money, business as usual after the election? Afraid so. 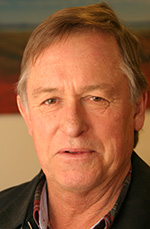 COMMENT by Rolf Gerritsen, Charles Darwin University
This week the media reported that the NT government was going to spend over $400,000 to subsidise a ferry service between Darwin and the Tiwi Islands – to the tune of over $10,000 per trip. A scandalous waste of money.
Yet the fine print revealed that this was to be a trial – coincidentally starting the day before the NT elections and concluding in November. I predict it won’t continue after that time. The dates mentioned here reveals that this was a classic instance of election-focused “pork barrelling”. The Labor Government must be worried about holding the seat of Arafura and so applied some last minute grease to its campaign. We have seen several commitments of that type from both major parties during this election campaign. All this is par for the course. All politicians, notwithstanding their political stripe, share a conviction that the proper governance of their jurisdiction urgently requires themselves to be on the treasury benches in parliament.
More serious is that the election campaign has revealed that the real scandal in the NT – the diversion of general purpose (GST) monies from Aboriginal purposes to propping up the lifestyle of Darwin residents – is not only alive and well, but unchallenged by either major party. Whoever is elected this weekend will continue this deeply unethical practice.
The NT “earns” about seven times per capita of the average share of the GST revenue apportioned to the States and Territories by the Commonwealth Government via the Commonwealth Grants Commission. That is in recognition of the high proportion of disadvantaged Aboriginal people in the NT. Yet only about 60% of these “earnings” are actually applied to Aboriginal health, education, housing, etc. The rest goes to fund expenditure in Darwin.
The Territory exhibits an extreme form of what economists call “urban bias”. In common parlance this is expressed as the “Berrimah line” effect (though more accurately now it should be the Virginia line, because Palmerston is included in this skew of NT expenditure to the Greater Darwin region). So the NTG spends about 2.4 times as much as its assessed need on urban transit but only about 25% of its assessed need on non-urban transit. Expenditure on families and children’s services (an obvious area of Aboriginal need) is at about 35% of the Grants Commission’ assessment of need. I could give other examples.
This election campaign has dramatised that urban bias is intrinsic to the Territory’s political economy. For instance, on my rough reckoning of expenditure promises from the media, the Government has promised over $25 million of new expenditure on “culture and recreation” – swimming pools, music festivals, etc – in the greater Darwin region.  Compare this with the $2.5 million promised Alice Springs for the mall up-grade. Here the only other promise of significance – $2.5million for new lighting at Traeger Park – is for the convenience of the AFL; we can see the footie perfectly fine with the current lights.
These points are not trivial. Every Port Adelaide or Bulldogs game at Marrara oval costs the NT fisc the equivalent amount of the construction of one Aboriginal house, or the annual dialysis costs of five persons. These are the real equivalences in play.
This situation is irreversible. So long as the Darwin seats decide who is in government, nothing will change; urban bias will rule even if the CLP wins this election. So what are we to do? There are several possibilities.
We could call for the NT to be divided, between north and south, into two territories (as it was briefly in the 1920s). This would at least reduce the electoral power of Darwin in the southern half of the NT.  We could call for the Commonwealth to resume formal control over the NT’s Aboriginal population and be responsible for expenditure in that area? In effect the NT government would then become the government of the major urban centres of the Stuart Highway.
In any case the current election will change nothing. So we need to start a debate about the future of the Northern Territory. As currently constituted the Territory is unsustainable and further Commonwealth intervention is inevitable at some stage. The so-called “Statehood” debate is a nonsense and we need to consider alternatives. This debate needs to take place in the full recognition that the current governance system in the NT is an impediment to sensible long-term solutions to our obvious problems.
PHOTO: Prof Gerritsen.