CLP incumbent Robyn Lambley says it’s a non-issue: she also opposes a u-mine ‘on top of the water table’ 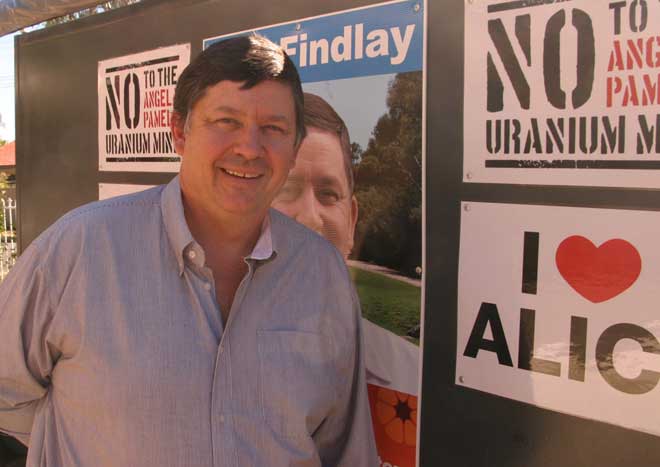 Adam Findlay: his campaign trailer makes clear what he thinks the central issue is.

KIERAN FINNANE speaks to the two contenders for the seat of Araluen in August’s Legislative Assembly election.

The Labor Government might have a  credibility problem with its stance on a possible future uranium mine at Angela Pamela, but the local branch of the Labor Party does not: “We were always at odds with the government over their support for the exploration process on that site so close to town,” says Labor’s candidate for Araluen, Adam Findlay.
“It was the lobbying of the local branch that brought about the decision to oppose any future mine there. It took a lot of hard work. The branch never ever accepted the granting of the exploration license.”
He says his recent door-knocking reveals that it is still a “hot topic”: “After what happened in Japan [the catastrophe at the Fukushima nuclear plant] a lot more people will be against it.” And there remain the issues that a mine would pose for the town’s water supply, air, tourism industry, he argues.
“I’m not anti-mining – there’s a lot of good exploration going on in this region – but I can’t accept that mine in that location.”
The Country Liberals’ Robyn Lambley, who won the seat against Mr Findlay in the by-election of October 2010, says Mr Findlay will struggle to make this an issue in the campaign as there is “no point of difference” between them.
No way in the world!
“There’s no way in the world that I could ever support a uranium mine on top of the water table in Alice Springs unless its safety could be demonstrated beyond a shred of a doubt.”
What would it take to do that?
“The evidence and information required to prove that the environment is safe – the town, humans, animals, plants. I’m no expert but I just don’t agree with a uranium mine over our water table. It would take a lot to sell it to me.”
Do the Country Liberals (CLP) accept the existing process for assessing proposed mines?
“If you grant an exploration licence, you agree to due process. The Labor Party don’t care for due process. The Country Liberals believe the mining company should have been afforded due process but at the end of the day the decision to approve a mine is not ours [the Territory’s], it’s the Feds’. We support uranium mining but not this mine until it is deemed safe.”
Why did she vote against the motion put up by Labor in the last Alice sittings of the parliament to oppose the establishment of a uranium mine at Angela Pamela?
“The motion was devious. It was presented by Labor as a way of dividing the opposition. There had been a leadership spill and the motion was a set up to demonstrate that we were not unified.” 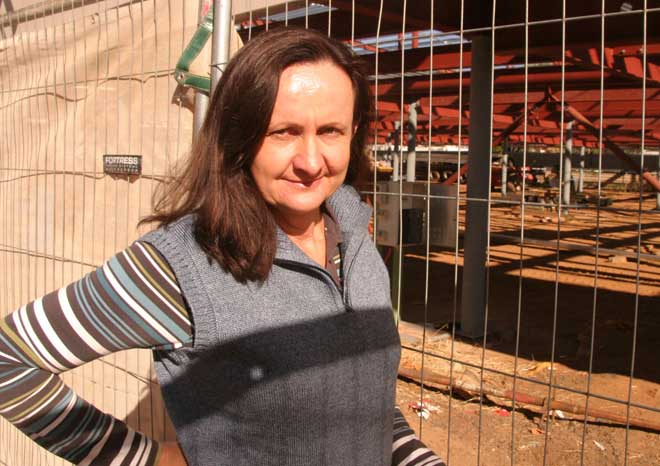 Robyn Lambley: in government the Country Liberals would get more capital works projects underway. Here she is in front of the private sector Asbuild project in Bath Street, producing a welcome buzz of activity in the CBD.

Mrs Lambley will be hard to beat. She got 68% of the vote in the by-election, on par with the primary vote for the former member, Jodeen Carney, in the 2008 general election.

Mr Findlay is not fazed. The 2010 by-election fast-tracked him into candidacy and, although he had only three weeks, he enjoyed the campaign. He says there are similar concerns in the electorate this time around, he’s well-prepared and has three months to build his case with the voters. He says he achieved an 11% swing at the Gillen booth, which he attributes to his door-knocking in the area.

“As an aspiring politician that’s the most valuable thing you can do,” he says. “I’m encouraged by the engagement I’m having with people. They are not dismissing anything I’m saying, and at this stage a lot are telling me they are not committed, they are swinging voters.”
However, Mrs Lambley has a big head start. In the 18 months since the by-election, she has maintained her door-knocking. Her electorate officer prints out a running sheet and away she goes, ticking off the households, recording the issues people raise with her, following up.
She sees herself as a ‘hands on’ local member, not  “a career politician”. She wants to make a difference. Obviously being in opposition limits that. But if the CLP wins government in August, she’ll give herself four years: if by that time she’s not seeing results, “I would have to question how effective I’ve been”.
Unsafe in Gillen
In the meantime, even in opposition there are things a local member can do. Among residents of the streets surrounding the Flynn Drive supermarket in Gillen there’s been a lot of concern over property crime and anti-social behavior, often involving public drinking in the vicinity of the supermarket.  She sent a letter to the residents asking them to tell her their stories and they responded: “I got a lot of emails, letters and telephone calls. People had been suffering, sitting silently in the suburbs, feeling scared. Some had been physically attacked, some had been broken into. They felt unsafe in their homes, they were disturbed by the noise, some felt they could no longer send their children to the shop by themselves.”
She says she has met with police “numerous times” over the 18 months, and for the residents of one particularly troubled street, she hosted a breakfast attended by Superintendent Michael Potts and Commanders Michael White and Michael Murphy.
As a result, she says, police said they would increase their presence in the area. They also gave the residents advice on how to better protect their property, for instance by having see-through fencing, low hedges, external lighting.
Perhaps more importantly, though, the residents of this street have come together in an informal neighbourhood watch. The situation didn’t immediately improve, but in recent months, especially after the police began stationing their mobile van at the supermarket as they have at Northside shops, Mrs Lambley is hearing that things are settling down: “It’s a start.”
Law and order: top of the agenda
Mr Findlay’s comments confirm that the situation has improved. Law and order concerns generally are at “the top of the agenda” for voters, he says. Specifically around Flynn Drive supermarket, “after a concerted effort by the operators, police and security”, the situation has been “tidied up”. He is now comfortable to let his two primary school age children walk there by themselves in the afternoon.
But that’s not the only hot spot, he says. Residents in Bloomfield Street are concerned by people “hooning in very nice souped-up cars”, and by “too many young people in the streets, day and night”.
And Mrs Lambley says some parts of the electorate are becoming inured to behaviour that elsewhere wouldn’t be tolerated. What she hears from residents in Gillen is that “this used to be a safe area, kids could go to the park and be safe”, but in the Gap area, when she has door-knocked, she has found a greater resignation. Residents spoke of the break-ins but seemed to accept that’s just the way it is  – “they know they have to shut the door and wait it out”.
Although these messages are somewhat similar, there are differences in how the two candidates propose governments should deal with them.   The takeaway liquor licence at the Flynn Drive supermarket puts the spotlight on alcohol policy. 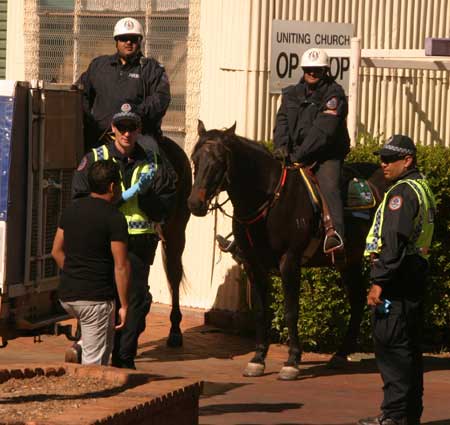 Check out what the two candidates had to say last time: