A fence to play 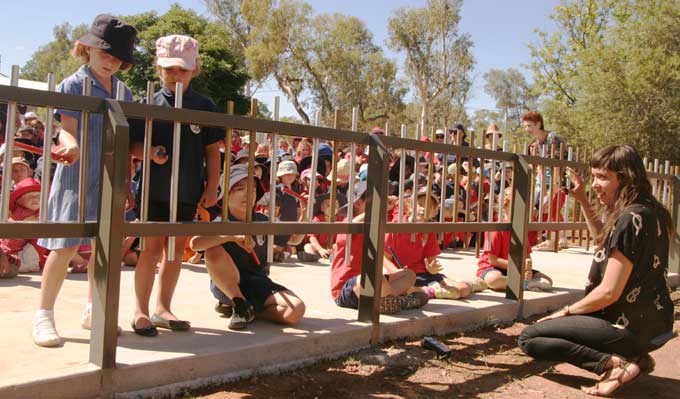 “It’s not a new idea,” designer Elliat Rich told the children. “It’s a small innovation of an old idea.” 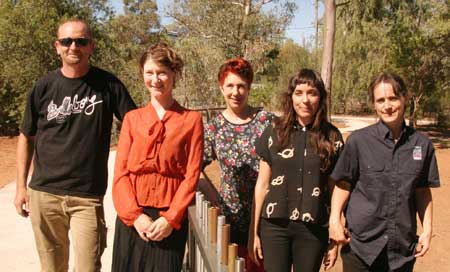 She remembered how kids used to run with a stick along a fence making their own kind of music. What’s different about this fence is that every pipe, tubes of copper, aluminium, brass and steel,  makes a different note.

So it’s called The Melody Fence. It’s situated at the front of Ross Park Primary School and while it’s bound to be a favourite for their students, it’s also open to the public, says Assistant Principal Elizabeth Verstappen. Just step inside the front entrance on Winnecke Avenue and enjoy!

Rich worked with musician Bree van Reyk to get her fence to sing. It’s in the key of C, so whatever combination of notes that is produced it will always sound harmonious. And if you happen to run along the fence from start to finish – some 15 metres –  it plays a melody composed by van Reyk. 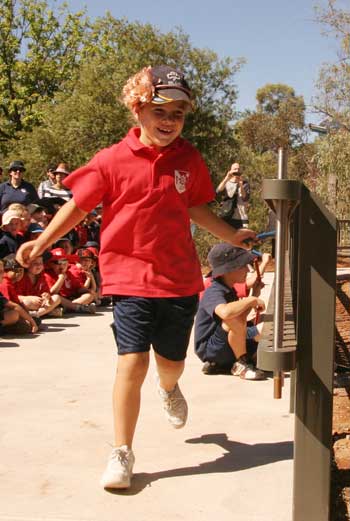 This afternoon, at the launch of this public art project, the children’s own compositions were centre stage. They had been at workshops with van Rejk this week but it wasn’t a matter of drilling them: “They did things I wouldn’t have got them to do. I’m more fixed in my ideas than they are. There’s a naivety in what they do that is really beautiful.”

Rich paid tribute to her collaborators: DNA Steel for their “attention to detail” and CAT Projects, a “formidable team”, for fabrication and installation.

She also thanked the children for testing the fence, looking after it, playing with it.

“Alice Springs is so unique and creative, public art is a great way to express that,” she said.

The Melody Fence was funded by Arts NT.

UPDATE, February 5, 2016: Watch this for a tuneful Melody Fence.