Home Issue 12 Former Mayor remembers when it was time to say: no more, calm...
Issue 12Volume 19

Former Mayor remembers when it was time to say: no more, calm down! 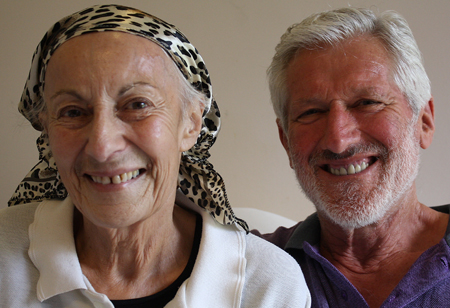 She is a cancer patient in the Otway Health clinic at Apollo Bay, Victoria, but her heart and mind often drift to Alice Springs, whose Mayor she was for nine years, elected to follow George Smith in 1983 and re-elected twice but lost her third bid in 1992.
In all Leslie Oldfield served on the town council for 15 years.
Her surname became Huggins when she married Alan in 1993, at the Old Timers.
Although she left town almost 20 years ago she keeps in touch, and is a little bemused and worried about the current poisonous atmosphere in local government.
There were many disagreements at council meetings in her time, but “it used to be a friendly thing.
“We’d bicker and then shake hands.”
One of the perks of being a council roundsman was to have a few drinks with the “elected members” after the meetings – quite a few at times, as I fondly remember.
“Now it sounds like big time politics,” says Mrs Huggins.
“It hurts people but it’s getting you nowhere.”
She knew well where to draw the line: “Aldermen try to manipulate you at times.
“You let them go on for a while.
“But then you have to have a strong hand when the time comes to say ‘no more, calm down.
“We’ll talk about this like proper adults.”
Her charm and diplomatic skills served her well: “With all the factions in town you always need to read between the lines.”
Mrs Huggins has great memories of her public life: “I did enjoy what I was doing. As long as you enjoy the job you can put up with almost anything.” 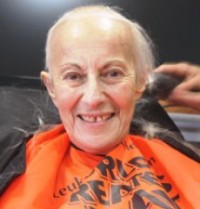 Mrs Huggins says she supports sitting Mayor Damien Ryan: “He has the time and money to put behind it. I support his bid.”
And she says Dianne Logan would also make a good Mayor, after a term or two as a councillor.
About her illness Ms Huggins is quietly philosophical: “That’s what life is throwing at you. Make the most of it. Make a good life.”
Her friend and fundraiser for the centre, Katrina Kiely, says Mrs Huggins has an aggressive strain of inoperable cancer.
But tomorrow she will have her hair shaved to raise funds for a children’s charity, the Leukaemia Foundation.
“I don’t have much hair left but they can take the rest,” she says.
Her strong spirit has not deserted her. And neither has her sense of humor.
PHOTOS: Mayor Oldfield and her town; with husband Alan. 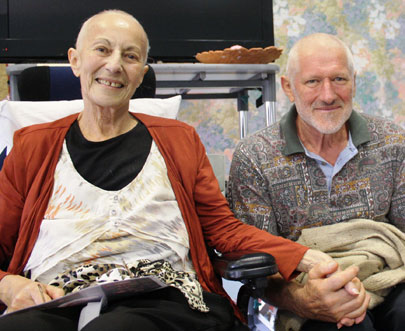 UPDATE: Leslie Huggins (formerly Oldfield) and husband Alan, inspired by her courage, have gone under the razor for the World’s Greatest Shave Day. In their small community $3000 was raised for the Leukaemia Foundation. Mrs Huggins received a surprise call on the day from Kamahl, wishing her all the best.