Darwin to get cheap housing but Alice not yet 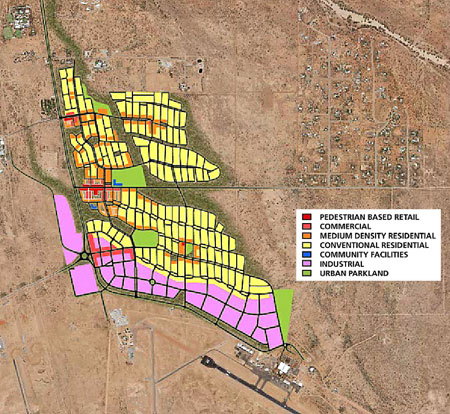 Alice Springs is missing out on a low-rent housing initiative by the NT Government but it has been promised for later.
Acting Chief Minister Delia Lawrie said yesterday the government has finalised the establishment of Venture Housing Company “to provide affordable housing options for Territorians”.
Dwellings will be made available at 20% below market rate in the Darwin suburbs of Parap (35 units) and Driver (21), according to a media release by Ms Lawrie, which does not mention Alice Springs.
In response to questions from Alice News Online Mychelle Curran, of Territory Housing, said as the Venture Housing Company becomes more established further affordable rental properties will be made available across the Territory.
“The new suburb of Kilgariff is set to initially deliver 150 dwellings onto the Alice Springs housing market over the next few years which will help Territorians buy their own home sooner.
“The Kilgariff subdivision will include both AZRI and airport land with the capacity to grow to 4500 dwellings over 20 years, with 15 per cent set aside for affordable housing, which includes affordable rental and home ownership opportunities as well as public housing.
“Venture Housing Company will be given the opportunity to work with the government and developers to participate in these subdivisions where 15 per cent has been allocated.”
ILLUSTRATION: The planned Kilgariff suburb. The existing rural subdivisions of Rangeview Estate and Heffernan Road are in the top right-hand corner of the image. The airport is at the bottom.