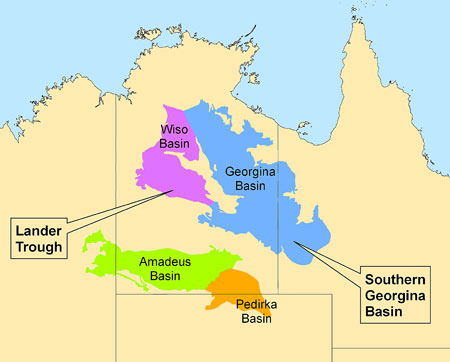 A massive coal-to-gas project in the Simpson Desert is caught up in a campaign by the Arid Lands Environment Centre (ALEC), in response to a similar call by the Central Land Council (CLC), for a moratorium on coal seam and shale gas exploration.

ALEC says it should be suspended “until a proper regulatory and environmental impact assessment framework is in place”.

Although the Simpson Desert project by Central Petroleum (CP) does not involve the controversial process of fracking, ALEC includes it in its protest under the heading “other non-conventional gas exploration projects”.

Rather than burning coal on the surface – one of the major contributors of carbon emissions – in the CP project the coal is heated underground, turning it into gas.

It is brought to the surface where in one plant impurities are removed, and in a second one the gas is liquefied as high-grade, low emission diesel – described as ultra clean – plus some valuable by-products.

David Shearwood, from Allied Resource Partners, working in association with CP in the Simpson project, says these concerns are unfounded.

Says Mr Shearwood: “The Wyoming project has not commenced, and a fire can only occur if oxygen is freely available.

“Any operator could stop a fire by shutting down injection of air or oxygen into the coal.
“The coal underground is generally underwater so [a fire] would go out very easily.”

He says no underground coal gasification (UGC) is being done in Wyoming at present, but there is a large scale project by Linc Energy Limited (Australian listed) based on a very big coal resource near the city of Casper, Wyoming.

“This project could readily scale up in modules to become a very large project – like the Pedirka [Simpson Desert] project in the Northern Territory.

“I believe China is doing UCG in approximately eight projects but details are not public.
“In Queensland there have been three UCG projects.

“Linc Energy has been operating successfully in full environmental compliance for a decade.
“Carbon Energy is presently doing a UCG trial with a desire to produce electricity.

“Cougar Energy had a small trial and a small (measured in parts per billion) water sample problem which is presently the subject of legal appeal by Cougar.

“The Queensland Government has had an independent enquiry and scientific panel look at UCG in that state for much of the last three years, with full results and recommendations pending around April 2012.

Mr Shearwood says UCG projects are designed to be modular.

“If they work in a small way, they will work with many stand alone modules linked together.

“This all has to be put together and designed properly, but this is not a technology issue, it is simply a design and construction and operating issue.”

He says the Former Soviet Union has been using UCG to produce electricity for 50 years.

The South African government has been trialing UCG for a decade and is now co-firing a power station with UCG derived gas and is planning to move to a fully UCG fired 2100 MW power station in 2017.

“This is a very large power station,” says Mr Shearwood.

“There are presently operating or planned over 50 UCG trials across the globe as a way of producing cleaner fuel and low cost fuels, which is a big step forward in improving emissions compared to coal mining.”

CP managing director John Heugh (pictured) says: “In some rare circumstances, coal seams exposed to air flow from the surface, through faulting etc, naturally can be set on fire from lightning or bushfires if close to the surface, and can burn for a long long time.

“But these are natural events and not happening in UCG which have to be supplied with a source of oxygen artificially to continue to combust.

“In fact the trick often lies in successful ignition or heating which is not always easy.”

ALEC says it is “gravely concerned about the lax responses” by the Territory Government to the CLC’s criticism of the lack of regulation for coal seam and shale gas exploration.

“The Chief Minister’s ‘Don’t you worry about that’ attitude is reminiscent of the Joh Bjelke-Petersen days in Queensland,” says Mr Cocking.

“The process for shale gas exploration does involve fracking and the Territory government does not have adequate regulations to manage this process safely.

“Shale gas exploration has been found to contribute to groundwater pollution, gas leaks into the atmosphere and earth tremors in the United States and Europe. As such, France banned shale drilling in July this year.

“Currently all mining and petroleum companies are exempt from the Water Act and are not required to use licensed drillers, report on water use or groundwater pollution which is totally unacceptable.”

Meanwhile Greens spokesperson for mining Larissa Waters says a study by the Environmental Protection Agency in the US is “proving beyond doubt that coal seam gas fracking has contaminated water resources in Wyoming and this should be a wake up call for Australians.

“Coal seam gas is gambling with our water, our environment and our land, and we all stand to lose,” Senator Waters said.

“While Australia’s hydrology is different to America’s, we can’t assume it won’t happen here – in 2009, fracking by the Queensland Gas Company accidentally contaminated the Springbok aquifer in the Western Darling Downs.

“Just this week, the Queensland Water Commissioner admitted that ‘our knowledge in this space is evolving’ – in other words, we have no idea of the damage CSG will cause to our complex groundwater systems.

“And the national chemicals regulator NICNAS admits it’s still not clear what chemicals are being used in fracking here, and hasn’t assessed the danger these toxic chemicals pose to public health.

“This report is an urgent wake up call for all parties to adopt the recommendations of the recent Senate inquiry report, and back the Greens’ call for a moratorium on CSG until the science is in.”

Map at top: Central Petroleum’s exploration interests in the north.

A payback with kindness

By ERWIN CHLANDA Nearly 30 Territory boxers and possibly two from South Australia will contest an open-air tournament at the Youth and Community Centre, at...
Read more
Issue 46

Lawns for emperors and for enthusiasts

Magnificent lawns and gardens surround the Baroque Schönbrunn Palace in Vienna, formerly the 1441 rooms summer pad for the Habsburg emperors, dating back to...
Read more