What the climate change chat skimmed over

Why is it that coal seam gas is being marketed as an alternative to coal in the transition to clean renewable energy? Haven’t the results of the industry in US been very detrimental to water, soil and quality of life for those in its path? These are a couple of questions that didn’t get aired at the visiting Climate Commission’s climate change chat but were aired quite properly in the conversations I had with people following it.
One friend was exasperated by the continued dominance of neoliberal economics in the conversation around adaptation to climate change. Why approach the problem of climate change with market based mechanisms? When quite clearly from the latest market ‘hiccups’ the system is profoundly flawed.
The ‘market’ is not omni-prescient as the recent government interventions into its realm demonstrate. Not to say that market based mechanisms don’t have a role to play as for business and industry they evidently speak the same language and quite fluently. But in terms of social justice that language loses in translation whatever lucidity it had for industry. As it filters through the system the market mechanism simply reinforces the existent power plays and hedged up system.
Another friend was incensed by the illogical connections between population growth in ‘developing’ countries and climate change. Countries in which women do have access to family planning and that consume exponentially more than countries where women don’t have access to family planning and consume the least, are the countries that are responsible for the environmental impacts of climate change. 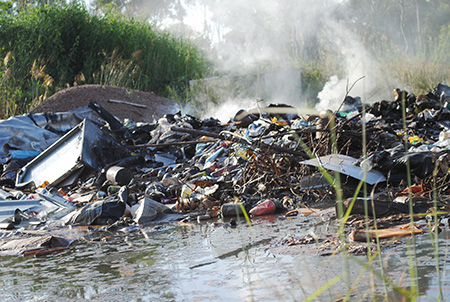 Of course there are legitimate concerns about the worsening of existing problems (housing and access to good water and food) that a greater population presents but the population and climate change connection is paramount to a shift in responsibility, which in turn sparks a debate around climate justice.
Someone else found the ‘development’ of developing countries a big concern. What sort of development – a western blueprint? And to what end – consumerism?  Will these countries once ‘fully developed’ look like the rich in western countries with massive shoe sizes and increasingly homogenized cultures?
There are of course much more positive visions of the future, where traditional knowledge, lifestyles and culture remain strong (what credits the west way as the best way?), where there’s education, access to basic human rights along with intelligent infrastructure powered by renewable energy sources.
These are concerns that also occupy the Central Australian landscape. Many people would like to see climate change adaptation mechanisms also operate as vehicles for social change, bringing about a more socially equitable society.
I was reminded of an incident that happened years ago when I was living in Canberra. An Aboriginal woman was the victim of a hit and run one night on a fairly busy road. The doctors said she must have laid there for six or seven hours before someone who didn’t assume she was passed out drunk, stopped. She was taken to hospital where she died shortly afterwards. Why did I bring that up? Well, I guess with all this talk of social equity and living in a place like Alice Springs where inequality is so graphic I feel like there is plenty a battle here. Maybe adaptation to climate change presents another opportunity to challenge the power imbalances of the status quo. Maybe it also highlights the carving up of resources, wealth and power on a global scale that sheds light on local issues and injustices.