He walked the line … 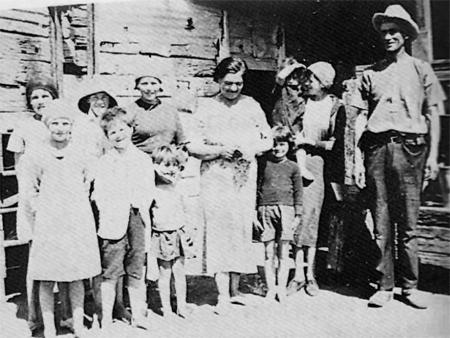 Tall Tales but True: Brought to you by the National Transport Hall of Fame in Alice Springs.

Christopher (Chris) Kuhn started work for the Commonwealth Railways in 1928 and went on to work for them on the Marree to Alice Springs section until 1953.
His job was to use a horse and scoop to clear the ever-shifting sand drift and debris from flash floods and windstorms off the track so the Ghan train could get through. The Old Ghan train was notorious for literally being stopped in its tracks and it was Kuhn’s job to ensure the train could get through gaps in the sand dunes. Sometimes the track collapsed because termites had gnawed through wooden sleepers.
If the train got stuck a goat, or other game, would be shot so the passengers could be fed. Those were the days too when all litter from the train (ablutions, kitchen waste and tins) were dropped through chutes to the track. It was a harsh and thankless environment: working in freezing cold or searing heat and open to the elements.
Chris Kuhn and his wife Mary lived at Irripitana just south of William Creek for many years. Following the line as it progressed towards Stuart (now Alice Springs) it was a harsh and nomadic life and yet they managed to raise 12 children. 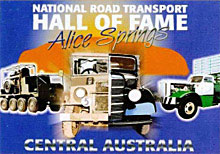 The family were known by all Commonwealth Railway staff and regulars who used the line to be friendly and welcoming and willing to lend a hand to anyone in need. Following the tragic loss of a daughter the family moved into Alice Springs.
Mary worked as cook at the old Alice Springs hospital where she cared for sick Aboriginal children. The Kuhn children grew up to be pioneers in their own right. Their eldest daughter Jean married Les Poole who was one of the town’s first electricians. Their son Chas was instrumental in starting the Old Ghan Preservation Society in Alice Springs and works today on maintaining the modern locomotive fleet on the Adelaide to Darwin run. Chris retired in 1953 and was drowned in 1955 when a flash flood in the Todd River washed his car downstream. Kuhn Court in Alice Springs is named in his memory.

As the government is failing, all eyes are on the council

COMMENT by ERWIN CHLANDA Something terrible will happen if nothing is done. That's been the public fear for a long time in response to the...
Read more
Issue 41

By ERWIN CHLANDA Member for Araluen Robyn Lambley was told by the Territory Alliance she is being expelled "because your conduct is detrimental to the...
Read more
Issue 41

By ERWIN CHLANDA Local historian Alex Nelson says “problems of youth on the streets at night … correlate directly with the advent of equal civil...
Read more