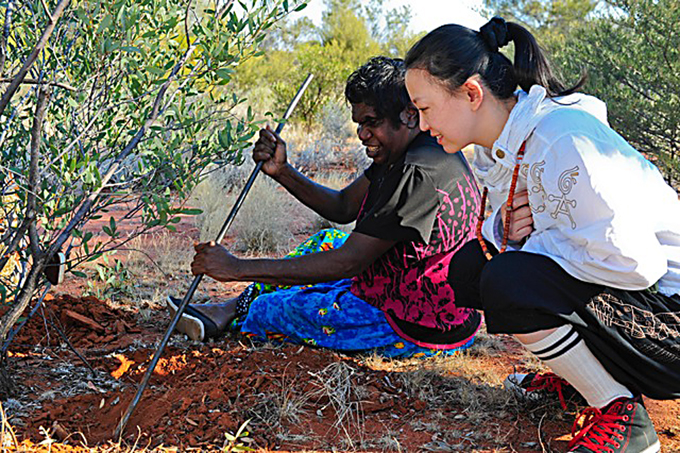 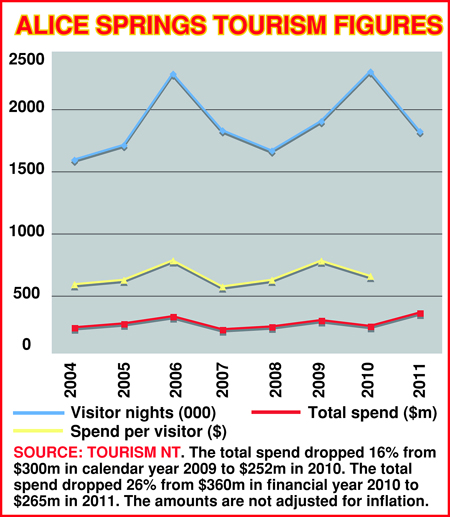 Photo above: Local woman Doreen Nakamarra is hunting for witchetty grubs with tourist Jade Yang, from Shanghai. She was in a group with prominent Chinese art dealer, Sun Kongyang, in The Centre recently for the Desert Mob art fair, and hosted by tourism operator Steve Strike. Photo below: Brendan Heenan’s pancakes are a charming value-add as powered sites alone are no longer enough for tourists on the road. 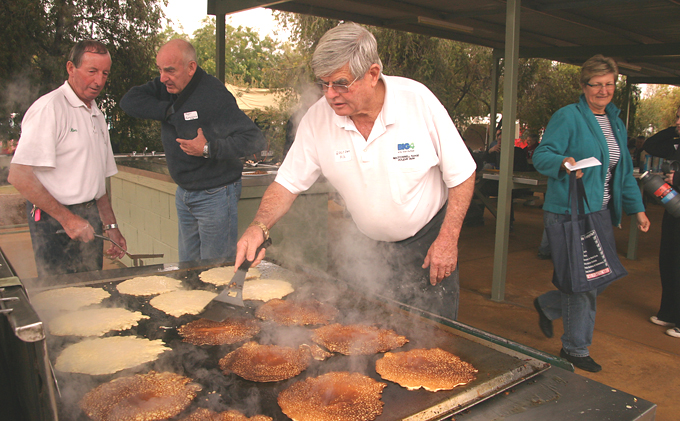