Melanka block on the market again 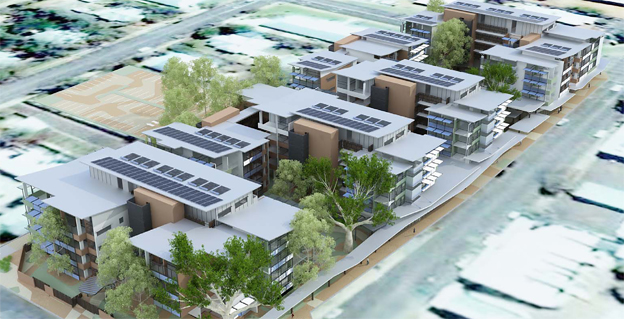 The site of the former Melanka hostel in Todd Street is on the market again, for an asking price of $7.5m plus GST, this time complete with an exceptional development permit for a five storey “tourist and residential complex”.
The land was bought in 2006 for $6.12m. The hostel was still in place but has been demolished since.
The land’s unimproved capital value in July, 2009 was $4.5m.
The raising of the height limit from three storeys to five was opposed by some sections of the community.
L J Hooker’s Doug Fraser says the fresh advertising of the property has only just started, and although there have been a couple of enquiries, it’s likely to take some time for a sale to be achieved.
Mr Fraser said in June that the developer, Christian Ainsworth, a member of the poker machines dynasty, had commissioned Deloittes to assist in the development and that “the building costs will need to come down”.
The total area is 1.3 hectares and “architectural plans will be passing with the sale,” says the promotion.
The agency says this is a “prime corner allotment with three street frontages and adjoining parcel at rear … and numerous fully established trees on site”.