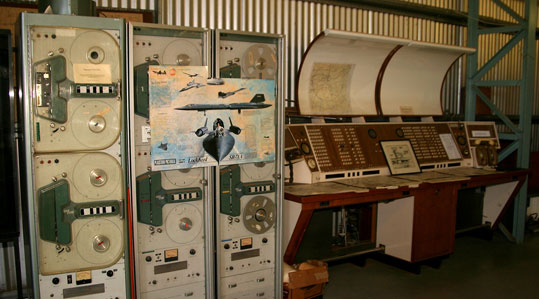 Voice recorders and a desk from which Flight Service officers at the Alice Springs airport assisted pilots flying in the vast and sparsely populated Central Australian outback. The facility, once employing two dozen highly skilled people, was shut down in 1992. The equipment shown is now in the aviation museum which is part of the Araluen complex.