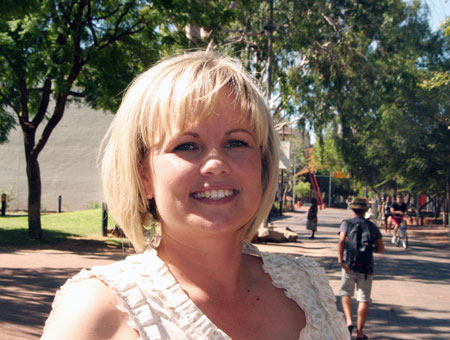 Law and order has moved to centre stage in the local government election campaign, following a horror week in Alice Springs: two suspicious deaths (March 6 and 9, the latter in Antherpe Town Camp), two serious assaults around midnight on March 7 at Little Sisters Town Camp (over one of which star footballer Liam Jurrah has been charged), a domestic violence incident on March 9 in which two people sustained knife wounds at Mount Nancy Town Camp (a stronghold of the Shaw family, usually among the more peaceful town camps), and a daylight attack on March 6 on a teenage girl in an Eastside suburban laneway. And these are only the worst incidents of personal violence. There were also house and vehicle break-ins, property damage and vandalism.

The above list of violent attacks was not complete when Mayor Damien Ryan on March 8 reported his contact with the Chief Minister and the assurances received that a strike force was to be mobilised, bolstered by Darwin officers. "Too little too late", accused Alderman Eli Melky, seeking re-election and also campaigning for the top job. He wanted to know why Mayor Ryan had not supported him on the issue of a youth curfew; why he had "repeatedly declared" law and order is not the job of the council.

Such is now the fraught atmosphere of this election campaign, with no sign that anytime soon Alice Springs authorities will get a chance to rest on aspired-to laurels. It's not new, of course, and it's interesting to observe the strong field of candidates that has emerged in response to these challenging times. 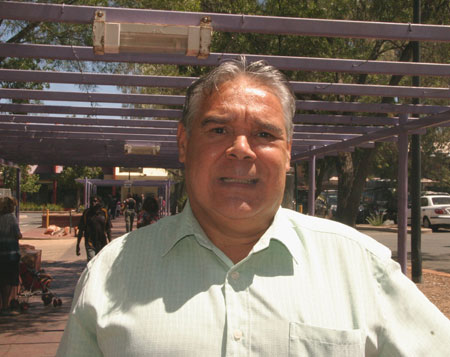 It fills candidate for councillor John Reid with hope: "This is a very passionately contested election. I feel very positive about  many of the other candidates, their passion to represent the interests of the town, the policy-driven perceptions driven by strong research of people like Edan Baxter. We need that."

Mr Reid, a researcher himself at the Centre for Remote Health, has lived in town for 25 years. That's almost as long as Jade Kudrenko has been alive. Yet the 29-year-old, who works as a trainer for the Central Land Council's Indigenous Ranger Program, talks the same language: "I'm for evidence-based approaches," she says, careful to not commit herself on issues where she feels she doesn't have the knowledge.

Ms Kudrenko expresses "real concern" over the spike in violence but says council is not "the lead agency" in dealing with crime and needs to work closely with the NT Government and police.

Pictured from top: Jade Kudrenko – she wants "evidence-based approaches" and a tree register for the CBD to protect our mature trees. • John Reid – he says Port Augusta's collaborative approach to arresting the decline of their town has lessons for Alice.

UPDATE: Police last night arrested and charged a man in relation to the death at Antherpe Camp. He will appear in the Alice Springs Magistrates Court this morning. The dead man, who appeared to have suffered fatal stab wounds, was 36, the man charged, 31. Detective Senior Sergeant Peter Malley from the Major Crime Section confirmed that the two men were known to each other.

By ERWIN CHLANDA The bright sunshine on Saturday morning delighted the 88 people on top of Anzac Hill, including Arrernte law men Benedict Kngwarraye Stevens...
Read more
ABOUT US
FOLLOW US
©