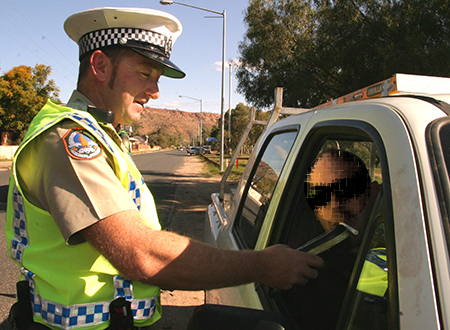 A breakthrough in dealing with alcohol-related offending?

It's a court like no other that I've been in: while everyone is waiting for the magistrate, there's banter with the offender, about his tattoos, his girlfriend, his new job. They all join in, the legal aid lawyer, the court clinician, the police prosecutor and the correctional services officer. The offender is an open-faced, smiling young man in his twenties. He's clearly well liked.

When Magistrate David Bamber enters, the good cheer continues. He speaks directly to the offender who responds for himself. The tone is conversational. The offender remains seated.

"So you haven't had a smoke for four weeks," comments Mr Bamber. He reads off the results of the defendant's urinalysis: "You'll be clean soon."

This is the SMART Court, introduced in the Northern Territory this year. SMART stands for "Substance Misuse Assessment and Referral for Treatment". The offender's case would have been heard in the Court of Summary Jurisdiction and his sentence deferred while he's been given a chance to comply with his SMART orders, among them total abstinence. There's a system of rewards but also sanctions: non-compliance with orders can earn gaol time. Photo (from our archive): Many of the people appearing before the SMART Court have been convicted of medium and high-range drink-driving and other driving offences.   KIERAN FINNANE reports.