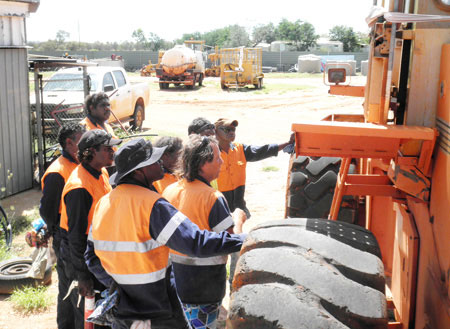 Where will the money come from to pay rent for shire assets on Aboriginal land?

The eight Northern Territory shires are acting in concert on the issue of lease payments for shire facilities on Aboriginal land. The Northern and Central Land Councils' position is that traditional owners are entitled to rent for leases over the various land parcels once the Australian Government's five-year town leases expire in August. The Australian and NT Governments have accepted this, with the NT Government determining that rents should be set at 5-10% of UCV (unimproved capital value).This will amount to a bill of around $3 million annually for the NT, potentially rising to $5 million once all leases are settled. The leases for public housing land are exempt, with 'peppercorn' rents charged "in recognition of the direct benefit for local people", according to Minister for Local Government, Malarndirri McCarthy.

The cash-strapped shires are appalled: already they are struggling to provide a basic level of service to their communities.  Don't their services amount to a "direct benefit for local people"? And, with limited operational funding, rates revenue, and budgets patched together from grants and charges to agencies for delivering their programs, where will the money come from?