Hotels to get “surge capacity” after COVID fiasco 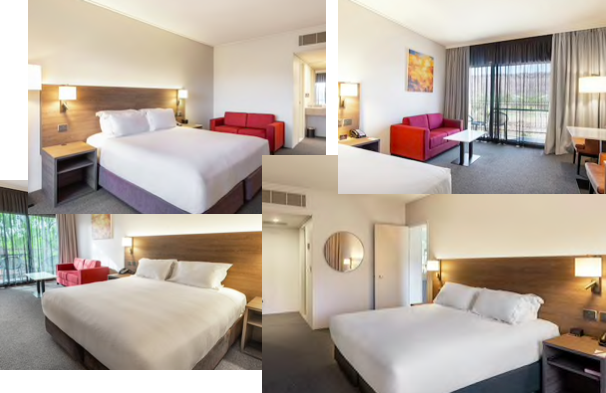 UPDATE 4.30pm: Greater Adelaide to be revoked as a hotspot tomorrow. Those undertaking quarantine will be able to exit.

Alice Springs has 1400 guest rooms, not counting the Mercure, now known as the Todd Facility, and used exclusively for COVID quarantining.

With a current 60% average occupancy that means the town has some 650 empty rooms.

But most could not be used for quarantining, and some people arriving in Alice early this week were shunted at short notice to Howard Springs in Darwin, at their great inconvenience.

Meanwhile InDaily reports that South Australia will lift its hard six-day lockdown early on Saturday night, after it was revealed in an extraordinary press conference that a “selfish” infectious person “deliberately” lied about his work at a pizza bar.

Alexander Bruce, of the hotel industry association Hospitality NT, says an expensive lesson, that may yet turn out to have fatal consequences, has been learned this week, and a “surge capacity” will be put in place.

The NT Government and the industry are coming to an agreement about that.

While the hotels can be adapted for joint tourism and quarantine use, there are significant costs.

There would need to be two completely separated staffs. The quarantine one would ideally be living on site for a number of weeks and themselves quarantining at the end of their stints.

That would include hotel and health staff, catering as well as police. Workers would be separated from their families for six to eight weeks.

Tourism and quarantine sections would have to be physically separated. Normal guests would feel uncomfortable or even threatened by being close to people in quarantine.

There would need to be “iron clad commitments” between the government and the industry with all systems in place and capable of being implemented at very short notice, says Mr Bruce.

None of that was the case in Alice Springs earlier this week, notwithstanding the fact that the virus has been around for close to a year.

Transport was also a problem, with people catching taxis from the airport to go home this week.

Mr Bruce says taxis are heavily used by Aboriginal people who are regarded as among the most vulnerable in the population.

Hotels became hotspots, to the detriment of their reputations, due to no fault of their own, simply by following government instructions.

“They were named and shamed for participating in good faith,” says Mr Bruce.

Quarantine operations may need to take on a military character to be effective.

Meanwhile Tourism Central Australia at its AGM passed a constitution change to include a representative from Barkly Regional Council on the board, and endorsed its Tourism Priority Action Plan.