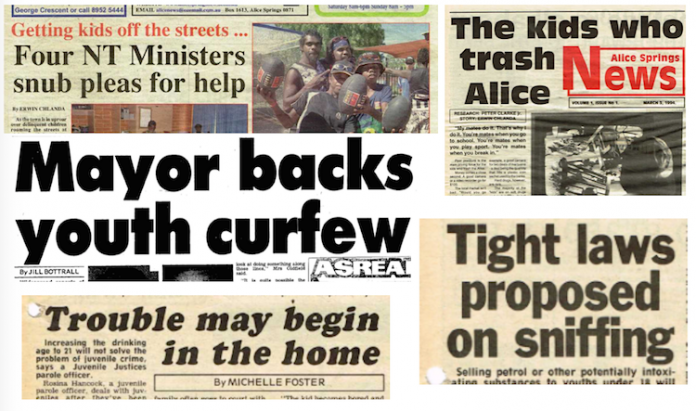 Local historian Alex Nelson says “problems of youth on the streets at night … correlate directly with the advent of equal civil rights for Aboriginal people during the 1960s and self-determination from the 1970s onwards.”

In a letter to the new Minister for Territory Families, Kate Worden, Mr Nelson (pictured) says: “There are fundamentally implicit negative side-effects to these progressive reforms that (despite many early warnings) effectively negate all efforts and expense to advance prospects for Indigenous people.

“While often there are claims that the current situation is out of hand and the worst it’s ever been, this is in fact a repetitive theme that stretches back several decades.

“Similarly, public figures frequently cast aspersions on other parties and recent previous administrations to lay blame for the failure to adequately address the problem of children running amok at night – again, it is another constant theme of several decades standing.” 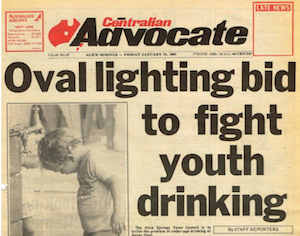 Mr Nelson says various ideas and programs have been suggested or implemented “which invariably have been mentioned or tried previously to no avail, in some instances more than twice.

“Despite the deeply entrenched nature of this problem, there is little corporate memory of just how long these issues have been at the forefront of public awareness. It is a strikingly Orwellian facet of our society.”

Mr Nelson illustrates his point “of youth roaming the streets of Alice Springs at night covering a period well over half a century, spanning literally generations” with reports in the Centralian Advocate and Alice Springs News about the “spectrum of social disorders of crime, alcohol and drug abuse, and related issues which are all intricately interconnected … most notably the criticism of lack of parental responsibility but also poverty, overcrowding, family violence, disengagement with society, boredom, education issues, lack of or inadequate drop-in facilities, and much else.

“Aboriginal children and families are predominant in these circumstances for the entire duration of its history, irrespective of all the changes in Indigenous affairs throughout this time.

“It is pertinent to note that these problems began to manifest in the NT from about the early 1960s onwards, trended progressively worse during the 1970s, and became firmly entrenched from at least the early 1980s onwards.

“The magnitude of the problems experienced today varies little and has been much the same for the duration of the period of NT self-government.”

Mr Nelson says: “I am not advocating a repeal of civil rights but there is a need to recognise the duality of reforms which has led to unforeseen or unheeded negative consequences.

“The problem has developed on such a scale that it is beyond immediate family members or communities.

“It requires the whole of society to accept responsibility for bringing aberrant youth behaviour issues under control, and that is only possible if all our community leaders are determined to act in unison.

“This approach isn’t dissimilar to that taken towards controlling a pandemic – that is the kind of effort and resolution we need here.”

Facebook
Twitter
Pinterest
WhatsApp
Previous articleA touch of light: whispers in pollen, amber and stone
Next articleYouths run from stolen car as man fights for his life after hit and run. Update.