Rains a good start for cattlemen as prices are high 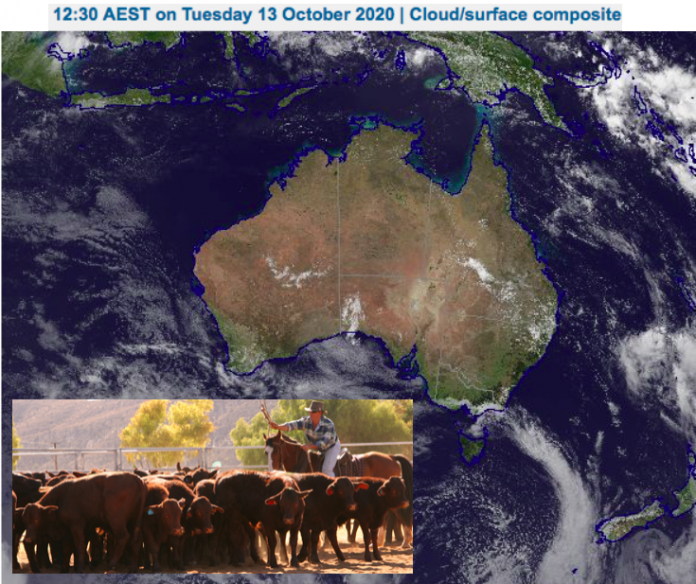 Cattlemen are looking for follow-up rain – a likelihood in this year of La Niña – after good recent falls north and south of Alice Springs.

Prices for cattle remain high, driven up by the scarcity created by drought that in some areas resulted in less than five millimetres of rain in 18 months.

Cows pregnancy tested in calf are bringing more that $2100 per head in SA and Victoria, increases of some $250 a head, and heifer by $42, says Mr Manicaros.

“One of the good things of the arid zone region is that the pasture bounces back very quickly.

“Those who de-stocked would now want to let their land rejuvinate on the back of these rains, and then look at re-stocking to the level they had two or three years ago.

“Feed bouncing back now will give them a chance to sell stock they had maintained, recovering some of the overheads they had during the dry spell, including buying hay.”

It will be a few months yet before the cattlemen, provided they get follow-up rains, will move into the black.

PHOTO from the Bureau of Metereology – a cloud-free Centre again, waiting for La Niña.