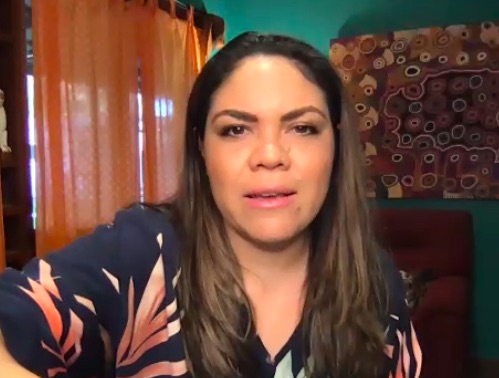 For the first time, the Town Council has an Indigenous woman serving in the position of Deputy-Mayor. This would have been so whichever way last night’s secret ballot went.

Councillor Jacinta Price (above) was confirmed in the position, while also standing was Cr Catherine Satour. Both have Central Australian Aboriginal heritage.

After her nomination Cr Satour asked if she could speak to her colleagues. She was allowed two minutes.

She referred to an apparent push from within council for a woman to take the position and expressed “absolute confidence” that a woman would be “more than capable and suitable”.

She then reminded councillors of the work she had done in her role to date:

Bringing a motion of local Aboriginal people who were really concerned about community safety;

Led the raising of the Aboriginal flag on Anzac Hill;

Led the successful bid for national NAIDOC celebrations in 2021 (after postponement this year) – estimated to bring over $1m into the local economy. 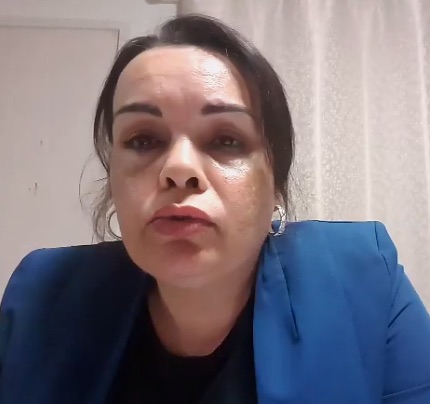 In contrast, during her two minutes Cr Price – to whom Cr Satour (right) had wished “good luck” – had no particular achievement to point to.

She said she had put her “heart and soul” into being a representative on council for five years.

She appreciated the “hard work” that all council members provide together, despite their different backgrounds, to “come together as a team to represent our community and its  different facets”.

She had previously declined a nomination by Cr Jimmy Cocking to take the position, because “I felt as though I wouldn’t be able to give this position 100%”.

But “at this stage, given the experience that I’ve had in this council, I would love the opportunity”.

It was “exciting” that both she and Cr Satour had their hands up, she said – it would make a first for council.

There was no surprise in the vote: she had been nominated by Cr Jamie de Brenni, seconded by Glenn Auricht, while Cr Matt Paterson also raised his hand to second.

Given that both candidates would vote for themselves, that left only Mayor Damien Ryan and Cr Marli Banks’s votes unaccounted for: inconceivable that they would not vote with their ‘blocs’.

What is noteworthy is that actual achievement did not seem to matter.

Images: Screen captures from recent council meetings held on Zoom. Last night councillors returned to the chamber for the first time in many months due to pandemic arrangements.