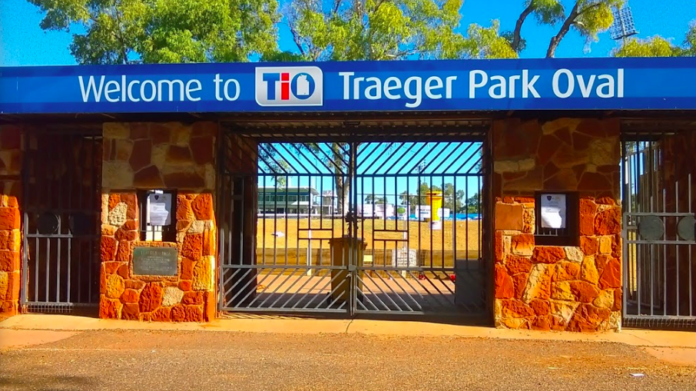 Greetings, Erwin. I attended finals of the AFL code at Traeger Park.

On the Saturday It was the grand final of the town competition between Pioneers, who lost, and Rovers.

Sunday saw the preliminary finals of the country competition. The most striking difference between the two days was the precautions on offer re the COVID-19 virus.

Firstly, prior to paying your entry money on the Saturday there were two stations of hand sanitiser for patrons use. However, on the Sunday there was no such facility available.

Attendance figures on Sunday would have been far greater than the Saturday simply because of the big number of communities involved on the day.

This resulted in much crowd movement in and out of the ground during the day.  Hence, there was greater potential of risk of infection spread.

Revenue from the Sunday fixture, entry money and kiosk takings, I’m guessing would have easily doubled that of Saturday’s.

On the Saturday I had a seat in the grandstand prior to the half-time break. I left during that break to buy a snack at the kiosk.

On return to the grandstand I was prevented by a police officer to resume a seat. His explanation was that due to social distancing rules the grandstand was full. Fair enough.

Several police were on duty in the stand plus security people. Come Sunday it was a completely different story.

I sighted just two security guards in the grandstand; no police presence. There were just as many people in the grandstand but the situation was alarmingly come-and-go as you like; no social distancing practices taking place!

I presume that the Central Australian Football League (CAFL)  had to pay for police presence on both days plus that of course of security people.

It appears to me CAFL skimped on employing extra police for their Sunday fixture.

On Saturday it was a mixed crowd of white people and people of Aboriginal origin. You could safely say that Sunday’s attendance was 99% of Aboriginal people.

I can’t understand why there was such a distinct difference taken towards the protection of people’s health, in this instance responding to COVID-19.