Home Issue 38 Everyone's got culture, it's about who we are: Minister
Issue 38Volume 25 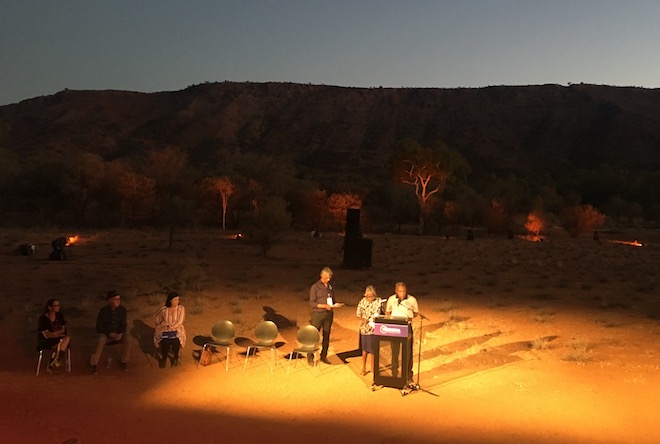 In a weekend crowded with major arts events – with both Desert Mob and Parrtjima opening last Friday –  the new Minister for Arts, Culture and Heritage Chansey Paech was inaugurated into his role at the most humble.

It was the Alice Springs launch of the first printed issue of an NT literary journal, Borderlands, held on Saturday morning, in glorious albeit over-warm Spring sunshine, at the Community Garden cafe on Eastside. 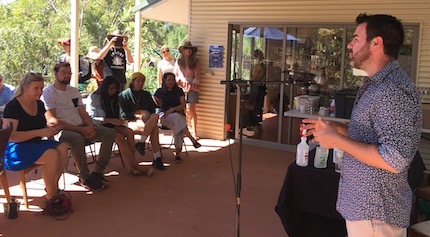 Though the audience was small – with numbers limited to 50 in deference to Covid safety – Mr Paech did not lose the opportunity of putting his stamp early on the portfolio. And that was to emphasise the matter of culture and the scope for his activity as Minister to go beyond support for the arts and what are now termed “creative industries”.

This was not to minimise the value of support that the writers and readers in the audience were no doubt hoping for. He was enthusiastic in his embrace of the journal –  “Territorians have unique lived experiences … it’s great to be able to put those experiences into words … so others can share” – and he was looking forward to “negotiations” around support for a second issue of the journal.

But culture goes beyond or over-arches the arts: “It’s important to everyone,” Mr Paech explained, because “it’s the foundation to our identity.

“It doesn’t matter if we’re Indigenous or non-Indigenous, each and every one of us has culture and have a strong connection to that culture.

“I’m hoping as a community over the next two years we can certainly work together to build a strong culture here in Alice Springs but more widely [in] the Northern Territory.” 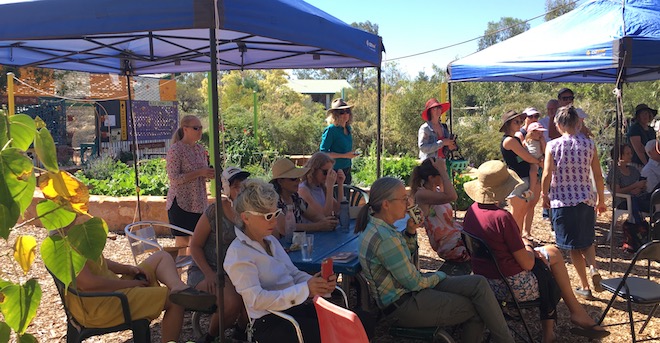 In relation to Aboriginal culture, he is looking forward to supporting men and women’s law and culture camps: “Because having strong culture enables our people to have strong connection but also to take on those leadership roles that we often talk about, there being a space that needs to be filled.”

But, he continued, “I’m also looking forward to working with everyone here and in the wider community to create a strong and positive culture for Central Australia and the wider Territory moving forward.”

It’s a dynamic view of culture, that it is for the making, that our identities as Central Australians or Territorians are not fixed but rather fields for action, where the effect will be on the sense of who we are collectively.

It’s unusual to hear a Minister commit to work requiring this kind of subtlety and patient persistence, with goals that are not about spending, bricks and mortar, events and markets.

What kind of processes we enter into with him, how much good will, openness and creativity we all bring to them, will be critical.

Images: Top, Parrtjima opening ceremony at the Desert Park, with custodians Benedict Stevens and Felicity Hayes at the microphone; it was launched by, not the Minister for Arts and Culture but the new Minister for Tourism, Natasha Fyles.  • Above, Mr Paech speaking at the Borderlands launch, and the audience. • Below, opening day at Desert Mob, sadly missing its ceremony and crowds due to Covid-19 risks. In the foreground, left, Ngayuku Ngura Kuwari (My Home Now) by Marina Pumani Brown; right, Seven Sisters by Mitakiki Womens’ Collaborative. 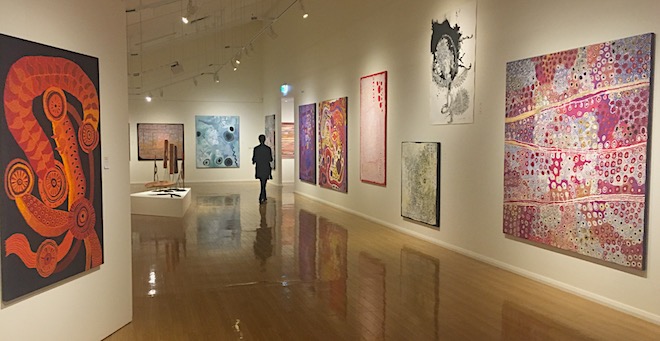