Home Issue 37 Southern half of the NT: Chansey Paech is the go-to
Issue 37UncategorizedVolume 25 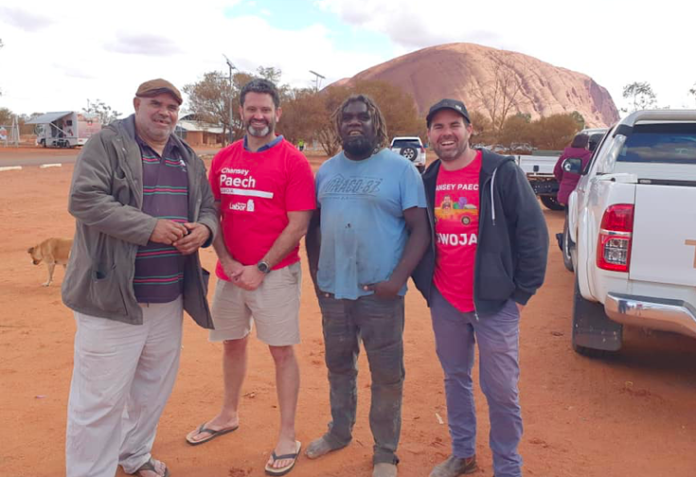 New NT Government Minister Chansey Paech says the election has made it clear there is no majority opposition to building the national Aboriginal art gallery in the Anzac precinct which remains the government’s preferred site.

He also confirmed that the Government remains committed to supporting the development of a National Indigenous Cultural Centre in Alice Springs to celebrate the historical and ongoing contribution of Aboriginal culture.

He says he will discuss the project as a matter of urgency with the Town Council which is refusing to surrender Anzac Oval for the project, with compulsory acquisition threatened.

“I’m hopeful that the Council and the NT Government can reset the relationship, we both want what’s best for the town so we need to work together,” he says.

But he will also talk with Cabinet colleagues. Will he describe the location as a deal breaker to them?

“Some people went to the election campaigning [with a platform] to save the oval. If we look at the election result there was no overwhelming support for that.

“People just want the Gallery built they are sick of hearing about it they want action and so do I.”

NEWS: Are you saying a majority is not objecting to the use of the oval for the gallery?

PAECH: That’s right. There were candidates right across the Alice Springs seats who spoke about the importance of that area and it did not gather much traction at all. We want to create this economic opportunity within the CBD. 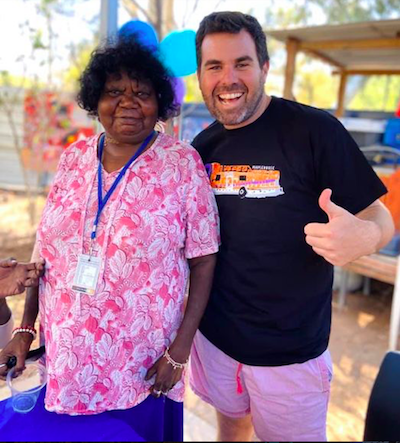 NEWS: You’re saying the people wanting to keep the oval for football do not have broad community support?

PAECH: That’s correct. We’ve made it very clear, and continue to do so, that we will deliver those ovals [on a site near The Gap] for rugby codes and they are going to be great additions to our sport and recreation spaces.

Asked whether the government would take account of Aboriginal views, including some demanding that the gallery should be located south of The Gap, Mr Paech said: “The views of Aboriginal people will absolutely be respected.

“Our government will build this gallery in cooperation with traditional owners, the community and other stakeholders because we know how critical it is for Central Australia and the Territory – socially, economically and culturally.”

Mr Paech is the only Government Member of Parliament south of and including Barkly, essentially the entire southern half of the NT. His huge seat of Gwoja is stretching along the WA border from the Arafura Sea to the SA border.

“Alice Springs is not my electorate but it is my home, the place where I was born, where I’ve been raised and what I call home.”

He says this makes him well equipped to advise Cabinet colleagues on the town’s needs.

“Art really holds a strong economic opportunity for the future,” he says.

“As we enter this world of automatisation the art sector is going to become stronger because a machine can’t replace beauty nor the creativity of a person.

“We need to invest in our arts and culture, using them as a way to strengthen and support Aboriginal people’s law and culture, keeping strong, making them able to speak up loudly and proudly for country, taking responsibility for their families.”

Mr Paech says litigation in the Supreme Court by the Ltyentye Apurte (Santa Teresa) community about the standard of government supplied housing predates the Labor Government that came to power in 2016, going back to neglect by the Giles CLP Government.

During his time as the Member for Namatjira every house in Santa Teresa had received “an upgrade or renovation”.

“The court acknowledged that it is not enough for houses to be ‘safe’ – they must also meet contemporary standards of humaneness, suitability and reasonable comfort,” said CLC chief executive Joe Martin-Jard after the court’s decision this week.

“The ruling echoes the concerns our delegates and constituents have voiced for decades and challenges dated assumptions about what constitutes acceptable housing standards for Aboriginal people.”

Mr Paech says he will promote community based people doing at least some of the housing repairs, maintenance and tenancy work.

He will “look at a model where we have a base in a remote community from which they can carry out repairs and maintenance in surrounding communities so we’re not spending large amounts of money on getting contractors out from Alice Springs to fix things.”

Mr Paech says he is looking forward to working with the four Territory land councils and the Commonwealth Government to create more available community allotments on Aboriginal land to enable him to build more remote homes.

The minister for the challenging Families portfolio is Kate Worden, with juvenile delinquency still largely unsolved. Mr Paech says his advice to her will be to take her cue from the NGOs.

He says: “Alice Springs has got some very good organisations. They have great expertise. The sector knows what they are talking about. They have a lot of the solutions, moving forward.”

Mr Paech says as the Minister for Central Australian economic reconstruction he will rely on and work with the local advisory committee.

Apart from the gallery his focus will be on opening up industrial land, especially a large block west of the Transport Hall of Fame, to establish “competitive commercial land” to attract to town new road, mining, solar and manufacturing companies.

“COVID has taught us that we don’t need to be crammed into a major capital city. We can be out in the regions.”

There need to be upgrades to communication capacity – more data, he says.