Becoming more than a quarry 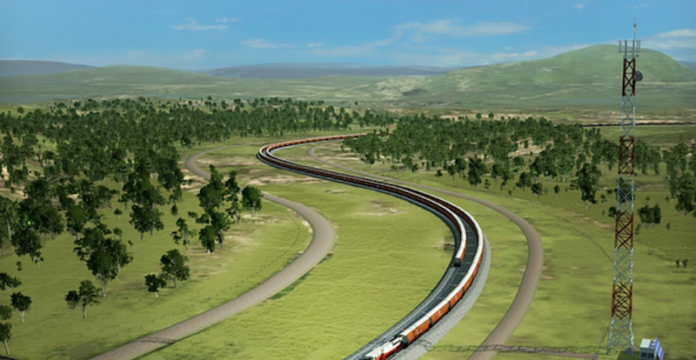 The Iron Boomerang project, which aims at exporting steel instead of iron ore and coal, using an east-west railway running through the NT connecting mills, mines and ports at either end, and which is promoted by former NT luminaries including ex-Minister Roger “Stainless” Steele, has been described by Saul Eslake (pictured) as “a $105 billion nation-building project”.

The prominent independent economist and shareholder in the project, who has worked in the Australian financial markets for more than 25 years, told the Joint Standing Committee, Trade and Investment Growth last month the scheme “has the potential to deliver six significant advantages for Australia as a nation”.

This is part of his submission.

The Iron Boomerang proposal entails the construction of a railway between the iron ore fields of Western Australia’s Pilbara region and the coalfields of Queensland’s Bowen Basin, passing through the Northern Territory and interconnecting with the railway line between Alice Springs and Darwin.

The purpose of this railway is to replace the longstanding arrangements whereby Australia has shipped iron ore from the Pilbara to Asian countries — in the last 20 years or so increasingly to China — and shipped coal from the other side of the country, from Queensland and to a lesser extent New South Wales, to Asian countries, to be used in those countries to make steel, some of which is, of course, returned to Australia by way of imports to Australia of steel, and in many cases exported to other countries in the form of steel products of varying degrees of sophistication.

One of the downsides of that process is that all of the value-adding to Australia’s two most important mineral resources is done outside of Australia and the ships that are used to carry the iron ore and coal to their destinations have no other purpose and return to Australia empty, at a cost that is ultimately borne, I guess, by the Australian exporters of those two products.

First, the project would enhance the value that Australia can add and capture from the use of our two most important mineral resources: iron ore and metallurgical or coking coal.

Second, it would greatly improve the efficiency with which Australia uses the shipping resources that we currently pay for, and in particular provide a way of reducing the cost of bringing containerised imports to Australia.

Third, and I think this is particularly significant in the current and emerging geopolitical environment, it would reduce our dependence on China [on which], at the moment, Australia is more dependent as an export market and as a source of imports than almost any other advanced economy or any other economy in our region, with the exception of Hong Kong.

Moreover, it would also allow Australia to enhance and broaden our trading relationships with other economies, particularly in our region, who are now highly dependent on China as a source of steel for an input into their own manufacturing and export industries.

Fourth, the Iron Boomerang project could potentially create up to 75,000 jobs in its construction phase and around 50,000 permanent jobs.

Fifth, when fully operational, the Iron Boomerang project has the potential to generate an additional $21 billion per annum in tax revenue for the Federal government, state governments and the Territory government.

Finally, the Iron Boomerang project has the potential to reduce global CO2 emissions in steel production by displacing some of the current more-polluting steel production that’s based on the use of outdated technologies in other countries, in particular China. 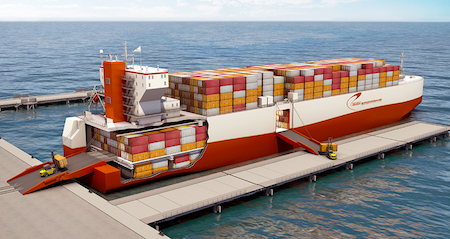 But, beyond that, the investment would largely be funded by foreign and Australian investors, including potential steel mill operators of course. What [the project] is seeking from government at the moment is funding of around US$240m equivalent to undertake a bankable feasibility study, to undertake all of the fine details that are now required to make this project a reality.