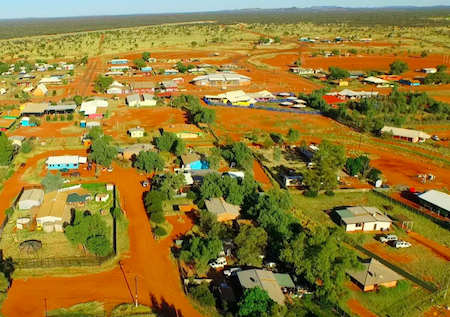 The potential of a pair of scissors to inflict harm has been allowed as a subject of cross-examination by the defence in the case of Zachary Rolfe, a police officer charged with the murder of Kumanjayi Walker in Yuendumu on 9 November last year.

Mr Rolfe is pleading not guilty to the charge. The committal hearing, that will decide whether there is sufficient evidence against him to proceed to trial, is scheduled for 1-4 September.

Ahead of that hearing, Judge John Birch of the Local Court in Alice Springs today granted leave to the defence to cross-examine a medical professional on the subject of the scissors being wielded by Kumanjayi Walker and the threat they may have represented to the officer pinning him down (Mr Rolfe’s partner at the scene).

Judge Birch said the witness, prior to the hearing, should view the body-worn camera evidence of the fatal incident to help formulate an opinion on this matter.

Leave to cross-examine a further three medical professionals on the same basis was granted.

Leave was denied for the defence to cross-examine police officers attending “the axe incident” involving Kumanjayi Walker at Yuendumu on 6 November 2019.

The prosecution had argued last Friday that the officers’ evidence, including body-worn camera footage, had been comprehensively disclosed in the brief. The disclosure included evidence about other officers, including Mr Rolfe’s partner on 9 November, having seen   the body-worn video and discussing it: “What lessons were to be learnt from that.  What should have been done.”

Judge Birch said today he was “not satisfied there is sufficient probative value to allow the cross-examination”.

On the subject of Kumanjayi Walker’s earlier involvement in trashing the medical centre at Yuendumu (which led to it not being staffed on the night of the alleged shooting), leave was granted to the defence to cross-examine the officer briefing Mr Rolfe on 9 November, about the knowledge she had of the matter and whether it “was conveyed to the defendant”.

“I’m satisfied such cross-examination will assist in adequately defining the issues surrounding the medical treatment of the deceased,” said Judge Birch today, “knowledge the defendant had at the time about the incident and the need to adequately define the issues which may arise at trial.”

Mr Rolfe appeared at today’s hearing by video link from Canberra, as he will at the forthcoming committal.

Hearing of the application regarding witnesses on 14 August 2020: Zachary Rolfe: What evidence will be relevant?