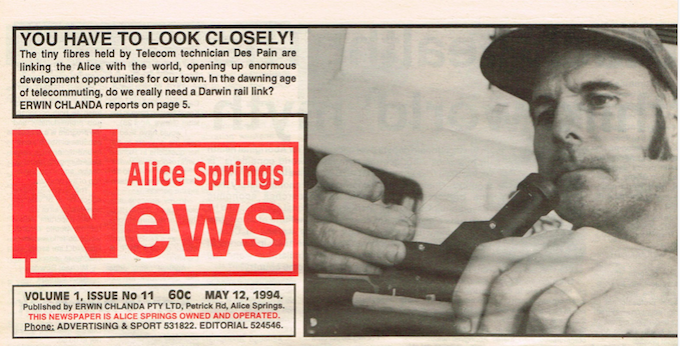 Sir – I wrote the following letter to the secretary of the Joint Standing Committee on Electoral Matters.

I wish to make a submission to your inquiry on the Commonwealth Electoral Amendment (Ensuring Fair Representation of the Northern Territory) Bill 2020.

Quite clearly, determining fair representation on the basis of a mathematical formula alone, would be a travesty. The underlying presumption in such a cold, clinical, approach must be that all people are equal and are evenly scattered around an electorate within one climate zone.

Such an approach pays no heed to the diversity of the Northern Territory. Our Indigenous population mix for a start is unlike any other State – over 30% compared to the next highest jurisdiction with about 4%.

Geographically, our lands extend from the harshest, driest deserts to the tropical, monsoonal coasts. 1.348 million square kilometres of thinly populated, harsh lands. To expect one Member of the House of Representatives to adequately consult with, and represent widely different peoples over such an immense area is self-evidently ridiculous. It would add insult to the injury inflicted a few short years ago when the Government cut the Resources of the Australian Electoral Commission in the Northern Territory from seventeen to three.

As well as ensuring that the current level of representation for the Northern Territory is preserved, the Committee could usefully interest itself in two further matters: 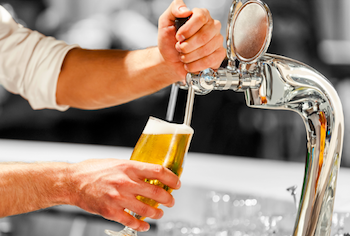 Sir – From August 3 pubs and their patrons across the country are paying even more tax to have a beer.

As the hospitality industry battles with the devastating economic impacts of COVID-19 this latest increase in tax comes at a time when publicans and patrons can least afford it.

We appreciate politicians of every persuasion are urging people to get down to their local for a beer to support local jobs. However, the taxman will be there, imposing the biggest beer tax ever.

The Federal Government has the opportunity to stop the increase as the hospitality sector recovers from COVID-19. We seek its support to do so.

At $2.26 per litre, Aussies already pay the fourth highest beer tax in the industrialised world. They then pay another 10% GST on top.

A substantial 42% of the price of an Aussie-made stubby is tax. A typical carton of 4.9% alcohol beer retails for $52.00 – of that, $22.05 is tax. Australian drinkers are essentially shouting the taxman 10 of their 24 stubbies.

Tax is the most expensive ingredient in Aussie beer. It’s not the inputs, production, freight, packaging, advertising or retail overheads and profits. It’s Australian Government tax.

Australian Hotels Association CEO Stephen Ferguson says this is the wrong time for a tax hit as pubs strive to re-open and re-employ the almost 500,000 jobs lost across the hospitality sector.

“This hidden tax creeps up,” he said. “People are bemused to learn how much tax is in a beer and that it has automatically gone up every six months for the last 37 years. This year, it’s the last thing struggling pubs and their patrons need.

“Workers across the country are doing it tough this year with drought, bushfires and now ongoing COVID-19 restrictions and tourism bans. Loading more tax on a drink doesn’t help anyone.”

The Hoteliers and Brewers stress that freezing the CPI increases on beer and spirits for a year is revenue neutral for the government, but would be much-needed relief to consumers and publicans.

“Increasing the tax only makes life harder for everyone, while a freeze would see the government continue to collect the same rate of tax on beer and spirits as it does today.” Mr Ferguson said.

Germany has deferred its beer tax from A$0.13 to zero in response to COVID. The Brits froze their beer tax at A$1.52. There is no logical reason for Aussies to be paying even more for a beer as we all try to emerge from this crisis, especially when so many are doing it tough.

Hello Erwin,
A fortnight ago the NT’s Economic Reconstruction Commission released its interim report (as reported widely, including in the Alice Springs News).
Amongst the proposals and recommendations that were reported was the concept of an “electricity highway” from Alice Springs to Darwin.
That rang a bell in my memory. I recalled an editorial comment you published many years ago proposing an information superhighway as a better infrastructure project for the NT economy than the completion of the transcontinental rail link from The Alice to Darwin.
Your opinion was published in Issue 11 of the Alice Springs News, i.e. over a quarter century ago! (Image at the top of this page.)
Today we have the railway to Darwin, of course; and I understand co-chair of the ERC, former CM Paul Henderson, has also been charged with the task of analysing the failure of the railway to deliver the economic benefits to the Territory expected of it.
Amongst the many ironies of this commission is a recommendation to “assess the potential for a link from the Territory to the National Electricity Grid” (NT Independent, July 20) based on renewable energy; however, it might be recalled linking the Top End’s power system to the National Electricity Grid was the centrepiece of the CLP’s election campaign in June 2005, which was trashed by NT Labor’s thumping election victory led by CM Clare Martin and including Minister Paul Henderson.
Finally, the concept of natural gas exploitation underpinning an industrial manufacturing hub in Darwin is also not new – in fact, that idea was being touted for Mereenie gas well over half a century ago.
I reckon you could have some fun with all of this info.
Alex Nelson, Alice Springs
Facebook
Twitter
Pinterest
WhatsApp