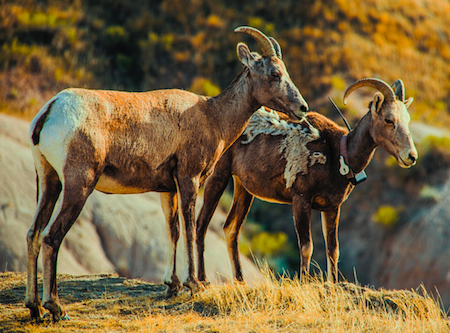 Ideas put to the Territory Economic Reconstruction Commission (TERC) range from raising goats to keeping away from oil and gas.

In a submission to the commission, Roderick Campbell from the Australia Institute urges the TERC board to “go early, go hard, go households,” with projects that target COVID impacted industries and drive employment now.

He cautions planners that oil and gas projects have a tendency for long ramp up stages and “high to very high” likelihood of “failure to commercialise” and instead “divide communities and present environmental risks”.

The petroleum industry would “likely require huge government subsidy” that is “not in the NT public interest,” he says.

Far from the mining fast lane, “thought-provoker” Mark Reidel would like to see a Territory cooperative for small sized goat farming creating a “wide range of affiliated occupations and careers that currently are not in existence”.

They could range from farming development and infrastructure to transport and exporting services, and even marketing and management.

In its submission, the Goat Industry Council of Australia claims that in 2015 Australia was the world’s largest exporter of goat meat which “harbours no religious restrictions”.

They may well fit into the ambit of Anthol Wark, Central Australian “culinary ambassador” who wants changes across the tertiary training of cooks.

The nationally renowned chef says nationally accredited courses must replace the current system that does not reward talent and leaves the industry with a murky title system and an under-skilled workforce.

Mr Wark’s wide-ranging submission also covers digital technology in education, representation of the industry to governments, a united voice for the industry, avoiding wage theft (in regards to high level chefs lacking accreditation), social and education equity, and looking after the mental health of chefs.

The submission from the Industry Skills Advisory Council NT calls for an aviation and maritime academy in Darwin that would utilise the “Territory’s unique advantages, and to capitalise on the global aerospace industry”.

A Deloitte report on the aviation side of the academy is based on a pre-Covid world. The matching maritime report is expected to be finished in mid-August.

The report says there is a local and global demand for skilled workers in aviation as well as space flight, not only pilots, but all maintenance workers, including in the ever expanding field of “remotely piloted” aircraft.

Deloitte says that the Darwin is uniquely positioned because of its proximity to the equator, tectonic stability and coastal location. However, it has weaknesses in “labour supply and education”.

Investment in the Asia Pacific Aircraft Storage in Alice Springs is also cited.

A depressing statistic, initially entered as a pro-industry, pro-jobs argument is that Boeing expected the Asia-Pacific aviation industry to grow by 5.1% (890,000 jobs) over the next two decades, a number that is now surely obsolete.