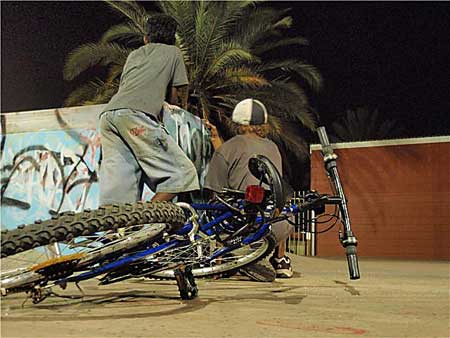 Parents, NGOs, government workers and the police will ensure that children under 16 are not in the streets of Alice Springs at night, says Territory Alliance Deputy Leader Robyn Lambley, starting within 100 days should her party come to power in August.

She says it is a child protection measure modelled on the Northbridge (WA) youth strategy started in 2003, “the most successful, long-term youth curfew in Australia.

“We’ve learnt through the COVID-19 era is that people can change their behaviour. During this period we saw very few unaccompanied children on the streets of Alice Springs at night.

“Crime plummeted and we were able to sleep at night.”

Now with the lock-down lifted, “crime has been turned on again”.

Mrs Lambley says: “Following the 2017 Royal Commission into the Detention and Protection of Children in the NT, there are now virtually no consequences for most juvenile offending.

“This is a child protection issue. If a child cannot go home at night, this needs to be investigated and addressed.

“We acknowledge that some children are defiant and difficult to manage. However, no parent or carer has the right to relinquish their responsibility for their children when it becomes difficult.

“The police will not be running around the streets at night throwing innocent children into paddy wagons and locking them up. This strategy is not about criminalising children.

“If they cannot go home, they will be taken to a safe house where they can stay until a responsible adult is found.

“There are several government owned facilities that could be used as safe houses. The old police station that was used as a women’s shelter for a period, is available.

“Consistent with the 1989 Convention on the Rights of the Child, Territory Alliance believes the government has a critical role in ensuring the safety and protection of all children, day and night.”

The policy’s roll out will commence with an extensive education program across Central Australia. People will be advised well in advance that children will not be allowed to be out at night beyond a certain time in Alice Springs.

Mrs Lambley (pictured) says next Tuesday she will be tabling the youth curfew petition in Parliament: “We collected over 2000 signatures.”