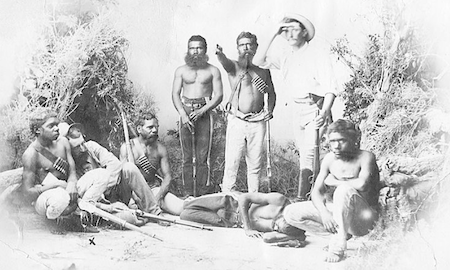 Sir – I am sending the following letter to the members of the Alice Springs Town Council.

I am writing to you as a resident of The Gap to ask you and our council to rename Willshire Street.

The street is named after William Willshire, a police constable here in Central Australia from 1882 to 1895.

As police constable here he was responsible for a number of murders and rapes of Aboriginal people.

Records state that he was responsible for the deaths of 13 Aboriginal people, however it is believed that it exceeded this number.

He is famous for having said of Aboriginal women: “Men would not remain so many years in a country like this if it were not for [Aboriginal] women, and perhaps the Almighty meant them for use as He has placed them wherever the pioneers go.”

Missionaries in the Hermannsburg area made complaints to South Australian authorities that Willshire used brutal and unnecessary force towards Aboriginal people who speared cattle.

He was the first policeman to be charged with murder in Australia. This was for the murder of two Aboriginal men who were asleep at a camp near Tempe Downs.

To me, it seems egregious to have a street named after such a man, and an insult to the Arrernte people, on whose land this town is built.

The Black Lives Matter movement and the death of George Floyd has meant that countries across the world have had to look at their own police forces, their own histories, their own statues and street names that commemorate slave owners and other murderers of people of colour.

It is time that our town also examines our past and makes the difficult decisions about how we can commemorate it. 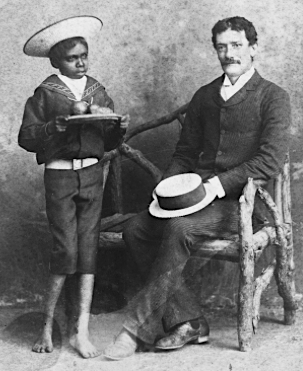 We are a town that is at the centre of Aboriginal and white relations in Australia, and, what better way for the town to show our solidarity with our Aboriginal community during this time than to take down the name of this murderous and racist man.

Some may say that in taking down these names, we are “whitewashing” history, however, as journalist Michael Bradley pointed out in his article “No Statue Should Last Forever, No Matter How Tall,” we are ironically whitewashing history more if we keep this man’s name on our street because we are effectively glorifying him and pretending the murders and rapes he was responsible for did not occur.

Indeed, if we do not want to erase history, why not name the street after one of the people he murdered?

At a time when police brutality against people of colour is in the spotlight, we must have the courage to be honest about our history.

State Library of SA images, captioned (top) “Mounted Constable Willshire, with members of the Aboriginal police contingent under his command; a staged studio setting” and (bottom) “unpopular because of his ill treatment of the Aboriginal people”.